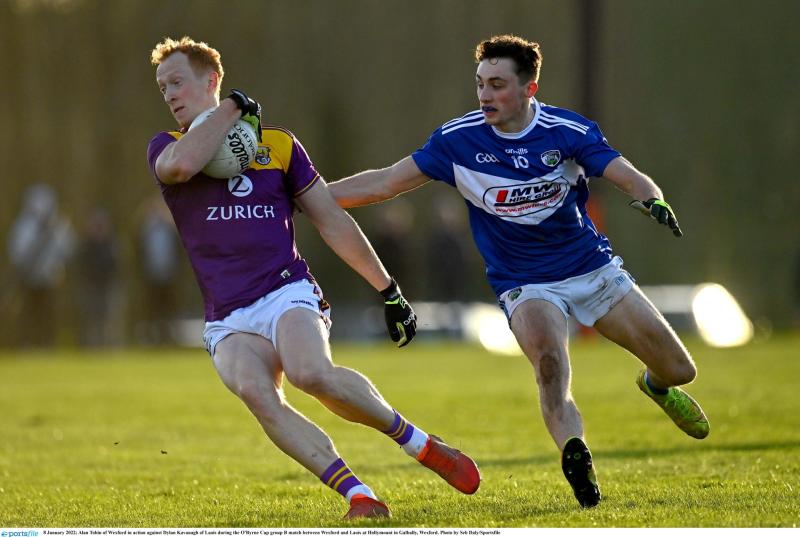 Following on from a hectic three games in seven days in the group stages of the O'Byrne Cup, new manager Billy Sheehan now has a semi final to prepare for as Laois take on Kildare on Wednesday night in Dr Cullen Park, Carlow.
It has been a mixed bag over the seven days.

A 15 point drubbing at the hands of Wexford was followed by encouraging six point wins over both Meath and Wicklow to ensure they topped the group and earned the right at a tie against the Kildare men with Dublin awaiting in the final for the winners.

A new manager coming in is always a delicate situation but you can't but be impressed with how the group have bounced back from that 15 point defeat in the opening game. 34 players have been used throughout the week with many putting their hands up in a bid to nail down game time in the upcoming National league.

The semi final against Kildare will be another step up. Glen Ryan's charges will ply their trade in Division one of the league this year and it will be interesting to see how Laois cope with that standard of opposition.

Neither manager will be too concerned about the result but rather the performance as the opening round of the league will be only 10 days away when they take to the field on Wednesday night.

Team selection will be interesting too. Injuries and Covid-19 issues may well prevent both sides from going with their strongest 15 and while, as stated above, the result won't mean a whole pile in the grander scheme of things, neither will want to be without too many of their top guns.

Paul Kingston picked up a knock in the Laois win over Wicklow while Matthew Byron got his chance in goals with Danny Bolger and Niall Corbet also both nursing knocks.

Graiguecullen's Trevor Collins started all three O'Byrne cup games at full back, the only player to start all three games.
Mark Barry has also impressed in the forward line, starting both the Wexford and Meath games and coming off the bench against Wicklow.

He is also involved with DCU in their Sigerson cup campaign and will face St Mary's Belfast on Wednesday afternoon meaning he is unlikely to feature for Laois later that night.

Competition for places all over the field really looks to be heating up in the panel and that can only be good for them going forward.

Laois minor and under 20 teams learn championship opponents for 2022