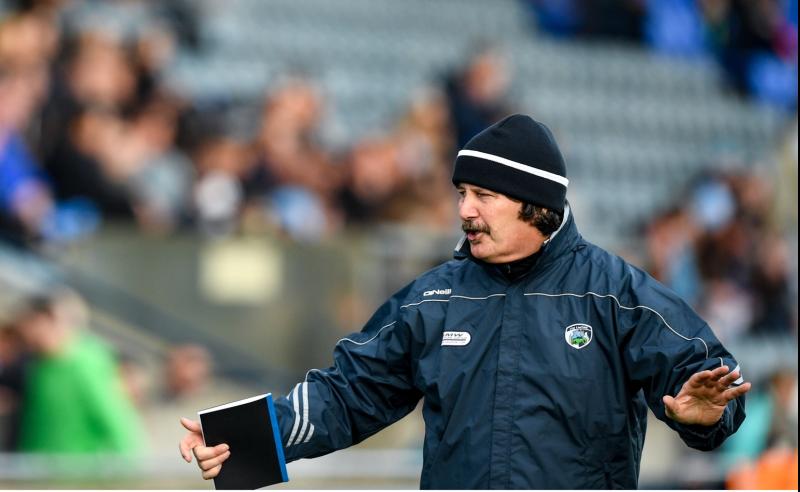 Seamas ‘Cheddar’ Plunkett would have been proud of the effort and spirit that the Laois Senior hurlers showed in Parnell Park last Saturday evening, but ultimately results are what matter, and his side came up just short in the end.

The Laois hurling boss spoke to the media after the match, and while Plunkett praised his team’s performance, he also pointed out how Laois did not travel to Dublin just for that day out.

“It mightn’t have necessarily gotten away, but it was a match that we could have won. I think the lads were heroic. I think they played their hearts out. I couldn’t ask for any more of them, but at the end of the day, we’re here to win the game. We could have won the game.

“I think over the years, and I’ll include myself in this as well, we’re sort of happy with moral victories or we’re probably here for the one big scalp. We just need to move from that, and we need to be consistent in looking at things.”

Laois were far from full strength on Saturday, as Plunkett was forced to deal with several injuries to key players. However, other players on the panel showed that they did not look out of place at this level.

“Podge Delaney is probably gone now for a good few rounds, maybe for the whole championship now at this stage. Even if you look at our forwards this evening - Mark Kavanagh is missing; he’s gone for the year. Ben (Conroy) is out for three or four more games. Willie Dunphy, Picky (Maher), they’re all out for three or four games. John Lennon has then been injured for a while.

“In fairness, we came into today with a shocking injury list, and even last night we lost Diarmuid Conway. We had to change that around this morning, but it’s some credit to the players that stepped in. They really stood up, and even the players we brought in here. I think that’s maybe the best thing to take out of this.

“Aidan Corby made a fair statement when he came on today. I’m just using one player here but there’s other players as well that came on and really gave a shift. That’s what we need to look for.”

Plunkett highlighted that consistency throughout this Leinster Championship campaign will be vitally important for Laois.

“We want to move a little bit away from the resilience and get consistency. It’s something that Ciara (Losty) has brought to us from the sports psychology area. It’s alright being resilient but you really need to be consistent match on match to get to where we want to get to, which is winning matches like this."

The Laois support also made their voices heard in this away fixture, and Cheddar made it a point to thank them for the atmosphere they brought.

“We might have been outnumbered three to one or four to one, but they certainly made themselves heard. I think the team gave them a performance to be proud of and to really cheer on. I’d like to thank them very much for the push that they gave the team, particularly in the second half.”