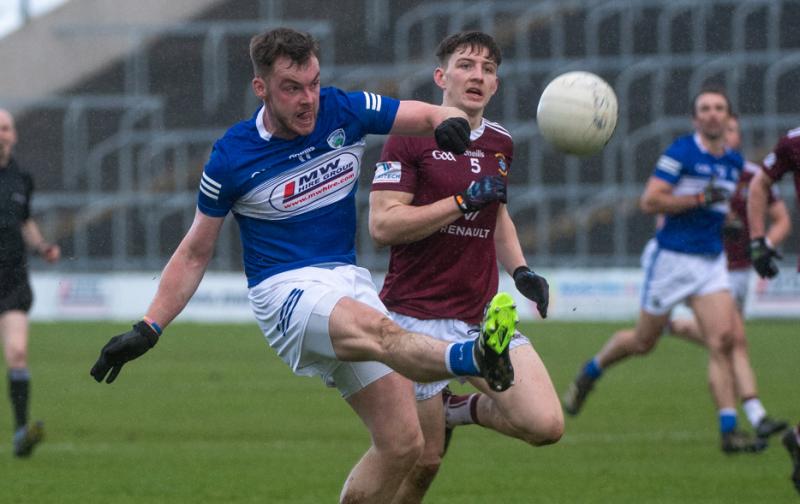 Laois will begin their Leinster senior football championship with a trip to Aughrim to take on Wicklow on Sunday April 24. On paper, it's a tricky one especially considering the game will be in Wicklow's backyard.

If they are to navigate their way through that tussle, a quarter final against Meath will be the prize the following Sunday. Billy Sheehan and company won't be looking past Wicklow though and even though the Garden County have had to change managers mid season, they are a team that thrive on turning over teams deemed to be ahead of them on the pecking order.

They have a good crop of young players coming on in 2022 as witnessed by Laois last year when they were dumped out of the U20 championship by their hosts down in Aughrim.

A win in the opening round and suddenly doors open up. Laois have the talent and materials to get over the Wicklow challenge and with Meath slumbering near the bottom of Division two towards the end of the league, a Leinster semi final is an achievable, if optimistic goal.

Laois mixed the good and the bad in the league. The first day out against Louth, they were impressive in winning away from home but a home defeat to Westmeath followed after that. There was no shame in that as Westmeath had gave them a thumping in last year's championship.

The ultra competitive Division three continued with a hard earned draw at home to Antrim before a hugely disappointing result and performance at the hands of Fermanagh.

The league meeting between Laois and Wicklow saw Laois win at a canter but that in itself can be a dangerous guide to go off. Sheehan's men had the chances to beat both Antrim and Limerick in O'Moore Park towards the end of the league but only managed a draw with Antrim while Limerick struck late to get the win.

The loss in the final game at home to Longford was hugely disappointing as not only did they not perform to their capabilities, that loss also saw them relegated to Division four as Longford had them on a head to head record.

Both players and management are still finding their feet in the new regime but there have been plenty of green shoots for Sheehan to work with.

St Joseph's defender James Kelly had been rock solid in the full back line before picking up an injury while Portarlington corner back Alex Mohan has carried his excellent club form into the County set up.

Sean O'Flynn now looks to have made the number five shirt his own with some impressive displays also.

Up front, Mark Barry and Evan O'Carroll have been dangerous forwards throughout the O'Byrne Cup and league while Eoin Lowry is settling into the centre forward role and while he is working like a trojan, he is also well able to kick scores and add to the firepower of the above named in the full forward line.

In terms of work rate and style of play, Laois are on the right road. A mixture of patient build up and direct kick passing has been a facet of their form. The players are obviously been encouraged to send in direct ball from 40 odd metres but they also have the football brain to realise if that is not on, they need to be patient and wait for the opportunity to feed the inside line.

Injuries to the the Kingston brother, Donal and Paul have robbed them of two serious options up front and when you are coming from a low base, losing players of that caliber is a cruel blow to any team.

After successive league relegations, there is also a worry about the morale levels. That can all change very quickly but the best tonic for that is to start winning again. A win over Wicklow on Sunday is a must. Go to Aughrim and get the job done there and they will have a cut off Meath. Regardless of how that goes, Laois are unlikely to make a Leinster final meaning they will compete in the Tailteann cup which for all its criticism and worries surrounding it, is shaping up to be a hugely competitive championship in its own right.