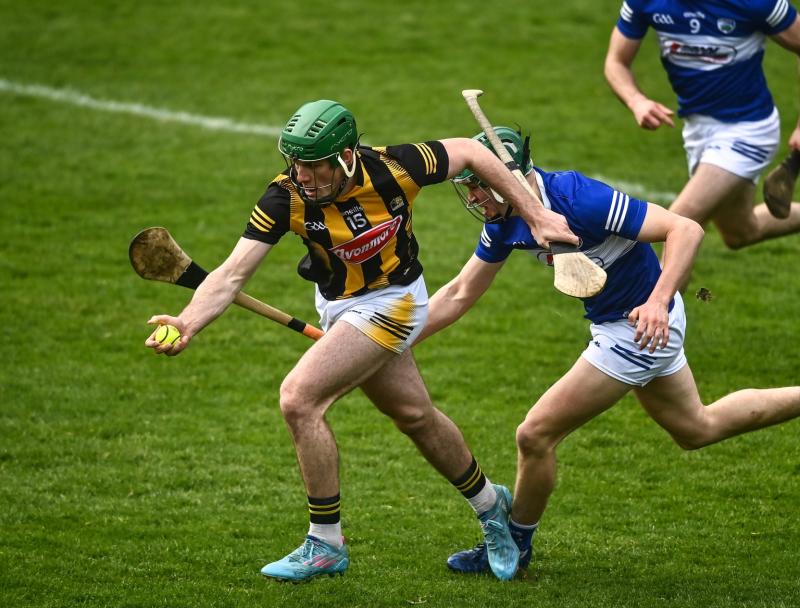 Laois kept going until the very end but the result was never in doubt as Kilkenny sauntered to a 23 point victory over Laois in UPMC Nowlan Park.

Kilkenny were always in control with an Eoin Cody goal giving Brian Cody's team a 1-20 to 0-6 lead at the break with all of the starting forward line bar Billy Ryan getting on the scoreboard.

Although Kilkenny had the elements at their back in that opening half, it mattered little as they shot over points at will with the midfield pairing of Adrian Mullen and James Maher sharing eight points between them.

The game turned into a bit of a wide fest in the second half and with the Shamrocks Ballyhale pair of Eoin Cody and TJ Reid continuing to shoot the lights out, Kilkenny eased clear.

Paddy Purcell snagged a goal in the 56th minute but as Kilkenny emptied the bench, they finished in style with Tom Phelan getting a second goal for the winners.

Laois must lick their wounds after successive defeats, while Kilkenny celebrate two wins from two as they ready themselves for a huge battle with Galway in Salthill next Sunday.