The Heath overpower Mountmellick to book their place in the Intermediate Final. 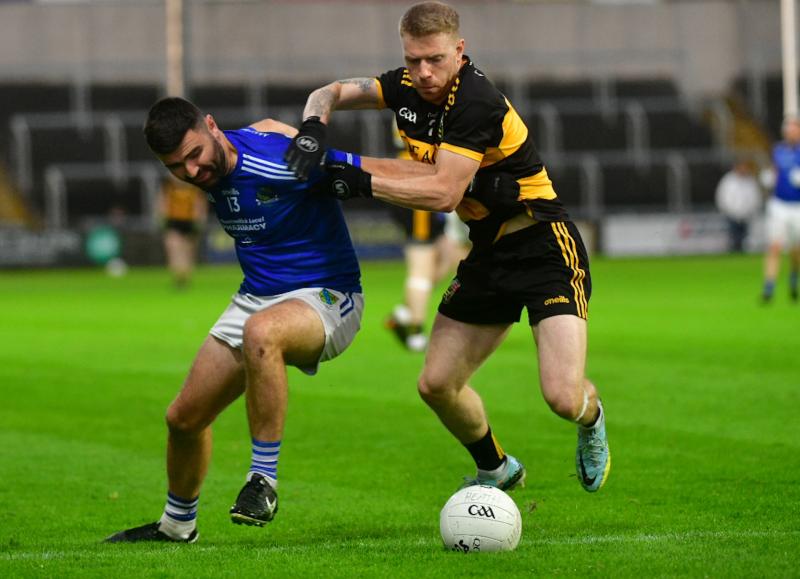 Mountmellick were as a dull and drab as the weather on Friday night as they were totally overpowered by The Heath. Time and again, Mountmellick found themselves in possession in midfield, seemingly with all the time in the world, but their pass selection and the quality of their final ball let them down. The Heath never needed to go into top gear as they brushed aside the opposition with relative ease.

The game got off to the worst possible start for Mountmellick when Leon Holland found the back of the net for The Heath in just the third minute. The Heath played with plenty of movement, creating space and working themselves into multiple scoring positions throughout the first half.

It took until the twentieth minute for Mountmellick to gain a foothold in the game and they did well to go in at the break trailing by just a single score.

The moment swung back in The Heath’s favour in the second half as the men in black and amber completely took over, running in scores at every opportunity. Mountmellick were sloppy in defence and flaccid in attack, managing just three points in the second period. They totally lost their shape after the break and left holes all over the pitch which The Heath duly exploited.

Substitutes, Andrew Booth and Chris Bergin added two second-half goals for The Heath, who now await the winners of the second semi final between Crettyard and Arles Kilcruise.