Portarlington through to semis after tough battle against Ballyroan 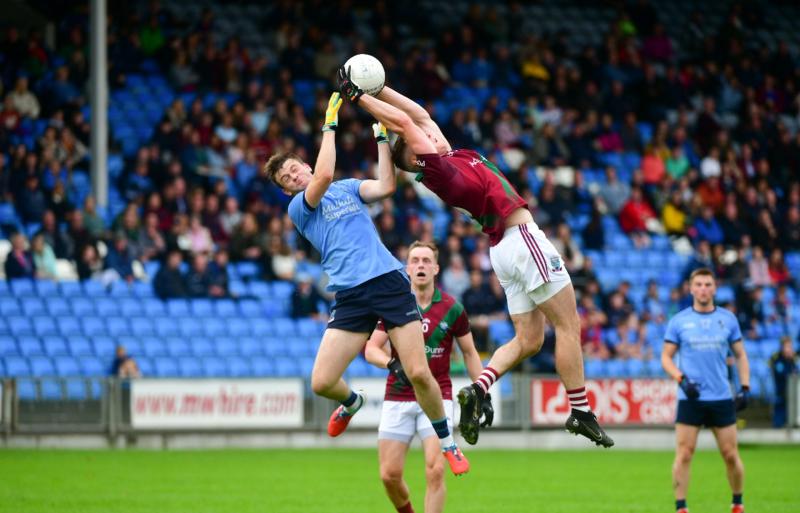 The county champions were victorious in the final quarter final of the Laois Championship. They beat Ballyroan by the smallest margin in the end who pushed them all the way

After the game the draw for the semi finals took place. Portarlington will play Portlaoise and O Dempseys will face Courtwood

Portarlington started the better off the two sides and had an early two point lead. Cathal Doyle struck back for Ballyroan before Jake foster restored the lead on the 10 minute mark.

Colm Murphy was on point with some excellent long range free kicks from the hands in the opening 20 minutes. He converted his third to put three between the sides heading into the last ten minutes of the first half.

Portarlingtons other talisman Jake Foster also seemed to be wearing the shooting boots as he got a lovely score which came about ironically from a misskicked Murphy free.

Just before halftime Padraig McMahon who was having a quite game for his standards saw his low long range effort for goal saved but Connaire Gee was on hand for the rebound to put it into the net. That would be the last score of the half. Half time score Portarlington 0-6 Ballyroan 1-3

Ballyroan had played some nice football in the half and credit to Shaun Fitzpatrick, Diarmuid Whelan and Conor Mcwey in particular. They were all dictating and winning their battles through the middle. It was in the final third that they were strugling with the Portarlington Defensive system. Portarlington wernt their usual cutting edge selves but were looking confortable before that goal went in just before half time. Best performers for them in the half were Rioghan and Colm Murphy

After a previosly mentioned quite first half, Padraig Mcmahon opened the second half scoring to put Ballyroan ahead for the first time in the match.

After a mix up in the Ballyroan full back line, Colm Murphy put Portarlington level and he then traded scores with Davin McEvoy

Straight from a portarlington kickout and after some great movement Rioghan Murphy found himself clean through on goal. He threw his boot at it and it rattled the net to put Portarlington three ahead.

The a stuart mulpeter block on one end led to a lovely play. Some fantastic give and go's between Ryan and Foster led to Foster only having the goal keeper and one ither to beat. With one jink he rounded the two of them and finished into an empty net. Possibly the sequence of the championship to date

With 5 minutes on the clock Diarmuid Whelan got the point of the game from distance to put two between them and suddenly Portarlington were under pressure.

Paddy O Sullivan made a fantastic run and popped it over the bar to restore the three point lead before Whelan responded with a free. McEvoy then reduced it to one point but they didnt have enough time to get the equaliser.

Portarlington safely through to the semis but Ballyroan can hold their hed up high after a valliant effort.