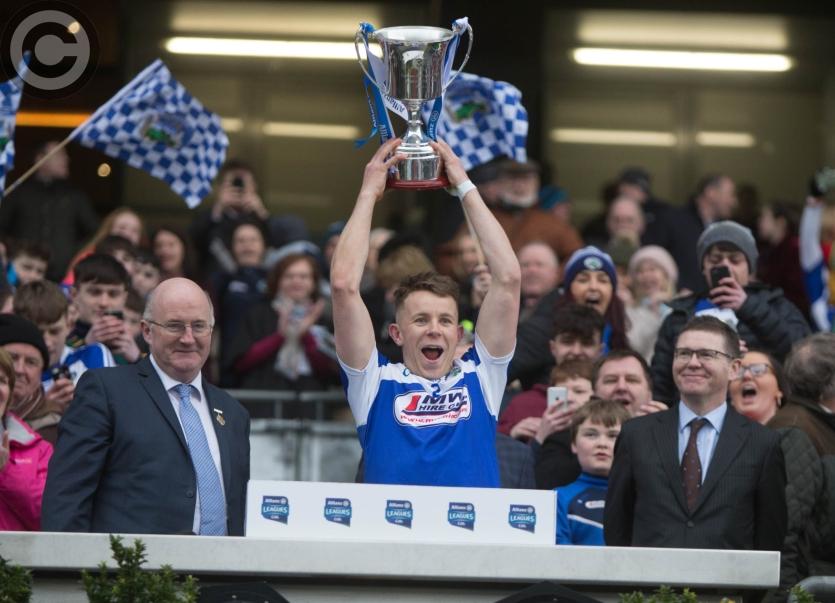 Having broken a sizeable drought of Laois men hoisting silverware to the sky in Croke Park, Stephen Attride is understandably hungry for more.

The Laois captain's beaming smile as he listed the Division 4 trophy will likely be the iconic picture from 2018, barring something truly amazing in the Leinster SFC.

There was a time when Croke Park was almost a home away from home for the Laois senior football team, but visits to headquarters have dwindled in recent years.

For Attride and the group he leads, making Croker a regular haunt once more would be a big sign of things moving in the right direction.

“When I was growing up I was looking on at the likes of Ross and a few other lads playing up there, week in, week out, so hopefully that's not too far away and that in the near future we can get back to those days.”

The win over Carlow was certainly an eye opener for Attride and the newer generation of players. “The whole day in itself was an unbelievable experience. In my career I haven't played there that much, so definitely I'm hungry for more and get back there again.”

While hunger has been restored, the other great trait missing from this Laois squad in recent times was confidence. There was only ever going to be one cure for that, and the run of victories in Division 4 was exactly what the team needed. It wasn't against the toughest opposition out there, but Laois did what was needed of them and that has had a knock-on effect. “This Division 4 we went unbeaten and that breeds confidence.” said Attride.

“In previous years we got a bit unlucky with things, like sendings off and a few things not going our way, but this year we went unbeaten and it did breed great confidence into the squad and made for a good atmosphere.