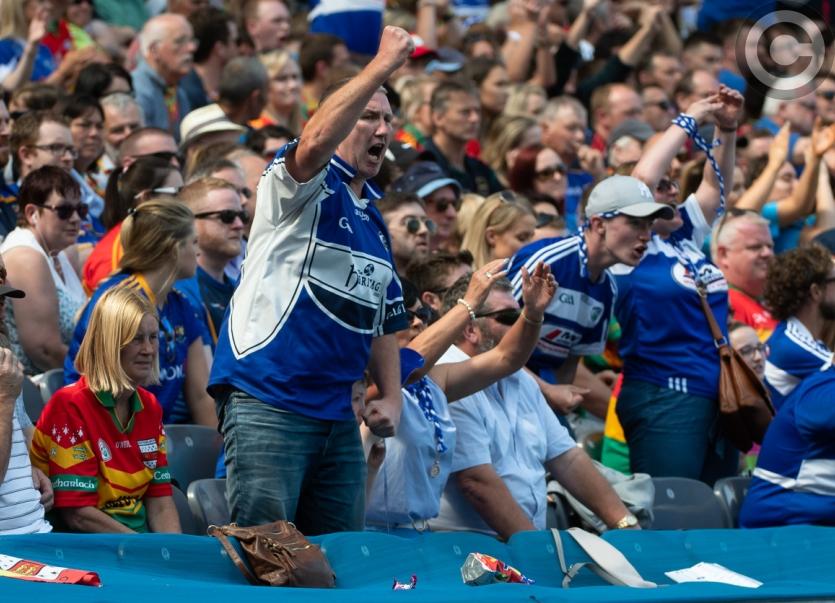 The bookies have given something to John Sugrue to plaster onto the Laois dressing room wall in Croke Park when they play Dublin for the Leinster GAA Gaelic Footbal final.

Dublin’s 2-25 to 0-12 win against Longford booked their spot in the Leinster final and secured a record breaking 23rd consecutive Leinster SFC wins.

The Dubs will now face off against Laois, who saw off Carlow 0-12 to 0-08 earlier in the day in a match dominated by the blanket defence tactic.

It will be The O’Moore County’s first appearance in a Leinster SFC final in 11 years, having last featured in 2007 against Dublin.

The odds suggest that there will be a similar outcome to 2007, when Dublin lifted the Delany Cup, as Laois are 20/1 outsiders.

Jim Gavin’s men are red hot favourites at 1/100 to record yet another victory and lift the Cup for the 57th time.

BoyleSports say they have a special "match day enhancement"  for punters.

The bookies have offered of of 11/4 that two of the Dublin squad can outscore the entire Laois side. The two in question are free taker Dean Rock and rising star Con O'Callaghan.

Aoife Heffron, Spokesperson for BoyleSports commented on the reason for the betting offer.

“Dean Rock and Con O’Callaghan were just shy of outscoring Longford with a combined total of 1-07 and Longford racking up 0-12, so the 11/4 for the two lads to do the job against Laois looks promising,” she said.

The final takes place on Sunday, June 24 at GAA HQ in Dublin.

Laois lost to Dublin in Kilkenny in 2016 but battled with the All-Ireland Champions. It was the first trip outside the capital for Dublin for many years but many Laois fans boycotted the game because they felt it should have been played at O'Moore Park Portlaoise.