COMMENT - The Laois senior footballers will bounce back from this, and supporters need to do the same 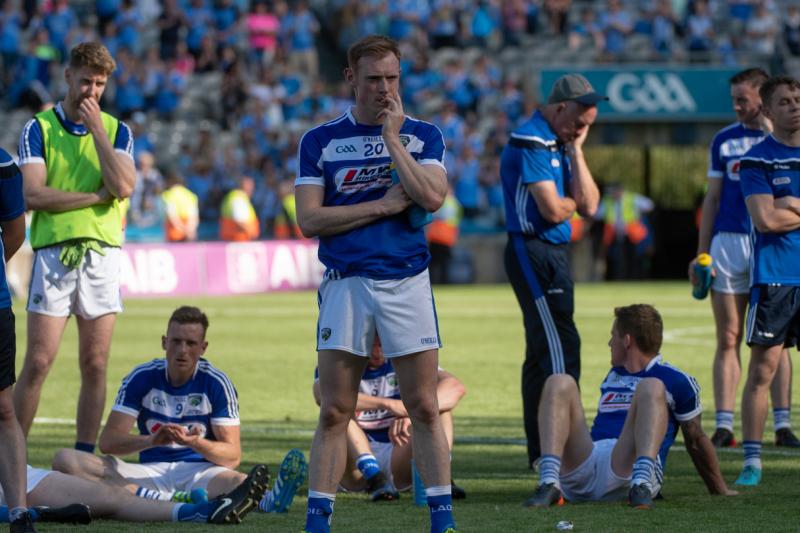 Laois senior footballers cut dejected figures on the Croke Park pitch after Sunday's game, and no doubt their minds were a million miles away from the Super 8 system.

Likewise, Laois supporters were thin on the ground at the final whistle, having seen enough of the Dublin procession to the title and long since wandered away from headquarters.

When the cold light of day hits us all during the week, it will be evident that in many regards, Sunday's defeat was inevitable. It was a Division 4 side against one of the greatest teams to play the game. A defeat was always the likely outcome, it was just a matter of how much.

The players will take some time to recover from Sunday, but they will pick themselves up and go hard at the next round of the Qualifiers. It is their first defeat this year, but this side have developed an awful lot in 2018, and it seems unlikely they will allow their season to unravel on the back of a defeat to Dublin.

It would be brilliant to see the same level of support turn up for the next game, whoever it is against, and wherever it is.

While that is their sole focus for the foreseeable future, it would be brilliant to see the same level of support turn up for the next game, whoever it is against, and wherever it is.

Regardless of the result, Sunday was a great day for Laois. Thousands of supporters rowed in behind the team, and it was a rare joy to travel up the N7 and see so many Laois cars on the road.

The same goes for the trains, where it was standing room only on some. Supporters came from all corners of the county, and it was a real occasion to savour for those who landed in the capital.

The players responded to that support too, and they turned in an excellent first half performance before eventually succumbing to Dublin's power in the second half.

It is one of the down sides of sport that the result sometimes plays such a large role in how we view the experience. In reality, however, most of our memories will be rendered from the time we spent with family and friends on the day, as much as it will from the game itself.

It was particularly encouraging to see so many families and young children there, because it can't be underestimated the impact days like that have on the next generation. I know that was the case with me after following the minor side of 1996.

I still remember so much from that time, 22 years on. I remember that my father's Ford Transit was turned into an impromptu minibus for the final. There was 13 of us, aunts, uncles, brothers, sisters and cousins packed in, sitting on timber planks propped on cans of paint in the back. It wasn't exactly comfortable, but it was so much fun for all of us, to be following a Laois team up to Croke Park.

You might have been disappointed with the result, but you won't have regretted the time you spent with the people who mean the most to you.

Days like Sunday offer the chance for immediate success, but the real payoff comes in the long term, in planting the seed in the minds of the next generation that they too can play on such days.

Somewhere in amongst the thousands of Laois supporters in Croke Park on Sunday were the girls and boys being totally enthralled by the occasion, and we have to hope that their experiences of following Laois are not limited to Sunday.

For adults, in an age when so much interaction is digital, going to games offers a tangible link to friends, families and neighbours. You might have been disappointed with the result, but you won't have regretted the time you spent with the people who mean the most to you.

Sport can bring people together like little else, and it's hard to think of anything this year that will concentrate so many Laois people in one area, all sharing in a common hope. Luckily for us, we will all get the chance to do the same again in a few weeks time.

The Laois senior footballers will get over this defeat and come out strongly the next day. As supporters, we have to do the same.

Read also: TV View - Laois senior footballers get some praise on 'Last of the Summer Whine'