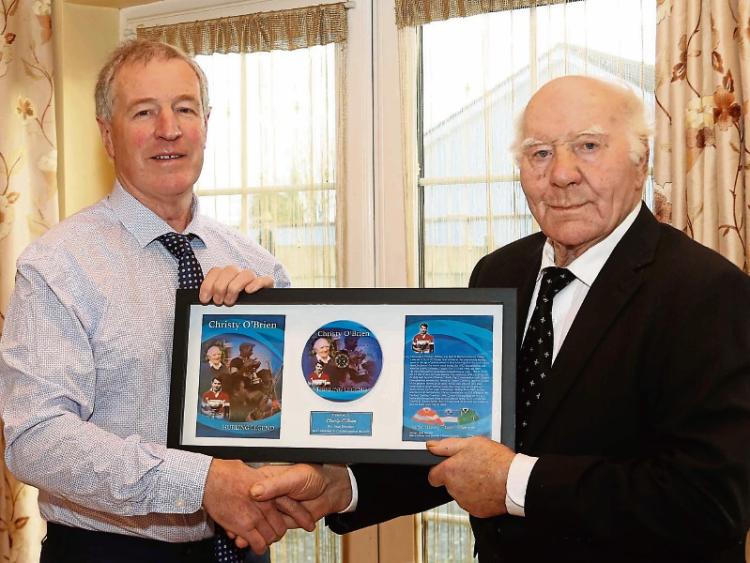 Laois hurling legend Christy O'Brien is set to be inducted into the GAA Hall of Fame on the same day as the Laois hurlers play in Croke Park in the Joe McDonagh Cup Final.

Sunday, June 30 is the big day for the Borris-in-Ossory man whose intercounty career spanned two decades. He also shone when the Interprovincial hurling was at its peak and was the lynchpin of his home club for many years.

Christy's first appearance on the inter-county scene was at the age of 17 when he lined out as a Laois minor. He joined the senior panel during the 1952 championship becoming a regular for years to come.

O'Brien made 20 hurling championship appearances before retiring a the end of the 1968 championship. O’Brien’s senior inter-county career was a frustrating one as Laois never repeated the provincial title victory achieved in 1949 during his time in the blue and white.

At club level, he is a five-time championship medallist with Borris-in-Ossory. He was a key member of the club’s team when Borris-in-Ossory won its first senior county title in 1956. It was the first of three consecutive county titles for O’Brien and his club. He added two more county medals to his collection in 1960 and 1961.

O'Brien is regarded as one of the greatest players of all-time. He has often been voted onto teams made up of the sport's greats, including at full-forward on a special Hurling Team of the Century made up of players never to have won an All-Ireland medal.

Borris-in-Ossory GAA Club congratulated to Christy and his family on this momentous award.