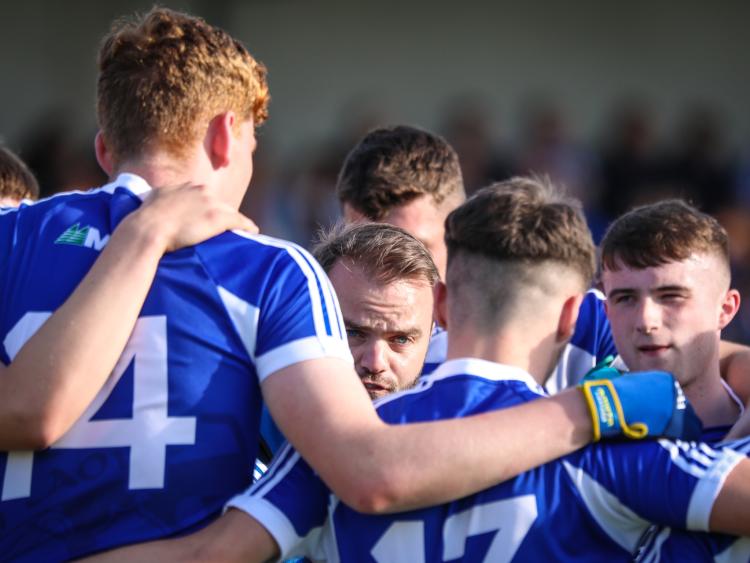 The Laois U-20 team in their post-match huddle with manager Billy O'Loughlin after defeating Westmeath in TEG Cusack Park in the Leinster quarter-final. Photo: Paul Dargan

The Laois U-20 football manager Billy O'Loughlin has named his team to take on Meath in tonight's (Tuesday 9 July) Leinster semi-final meeting at O'Moore Park.

Laois pulled off an incredible extra-time victory over Westmeath in the quarter-final last week at TEG Cusack Park to book their place in the Leinster semi-final where Meath now awaits.

In Round 1, O'Loughlin's side sent the 2018 All-Ireland champions Kildare out of the Championship at the first hurdle as captain Diarmuid Whelan kicked ten points on route.

Following the Laois senior footballers defeat to Cork in Round 4 of the Qualifiers on Saturday last, panelists Mark Barry and Sean O'Flynn are free to return to the U-20 setup in what will be a welcomed addition to O'Loughlin's charges.

The manager has named two changes to the team that defeated Westmeath, with both senior panelists Barry and O'Flynn coming into the team in place of Niall Dunne and Jack Lacey respectively.

Laois and Meath will battle it out tonight at 7.30pm in O'Moore Park with a place in the Leinster final up for grabs.