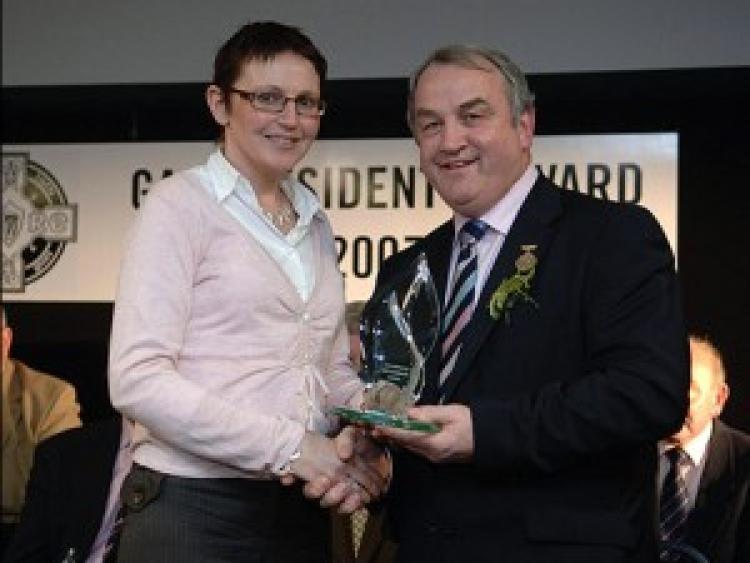 The Leinster Express poll on International Women's Day to honour the women of Laois, has come out with a clear winner, a sporting legend from Timahoe.

In with 30 percent of the online vote, is the late Lulu Carroll.

An iconic figure in Laois sport, perhaps her greatest legacy is that she continues to inspire people long after her untimely death in 2007 aged 35.  An All-Ireland winner in 2001, Lulu Carroll had also won an All-Star as goalkeeper in 1991, and was one of the key members of that 2001 team.

Having been diagnosed with cancer, she bravely fought the disease to make a return to the playing fields with her beloved Timahoe. Refusing to step away from football, she joined Pat Critchley as a selector, and remained with the team right up until the her health would no longer allow it. A true inspiration.

The Laois senior Ladies Football Championship trophy is now titled the Lulu Carroll cup, as a mark of her legacy.

Taking second place is another icon, this time in the farming world,  Anna May McHugh from Ballylinan who is Managing Director of the National Ploughing Championship for nearly half a century.

Hot on their heels in third place with 20 percent of the public vote is RTE current affairs broadcaster Claire Byrne, from Mountrath.