Laois is home to Ireland's Young Dairy Farmer of the Year 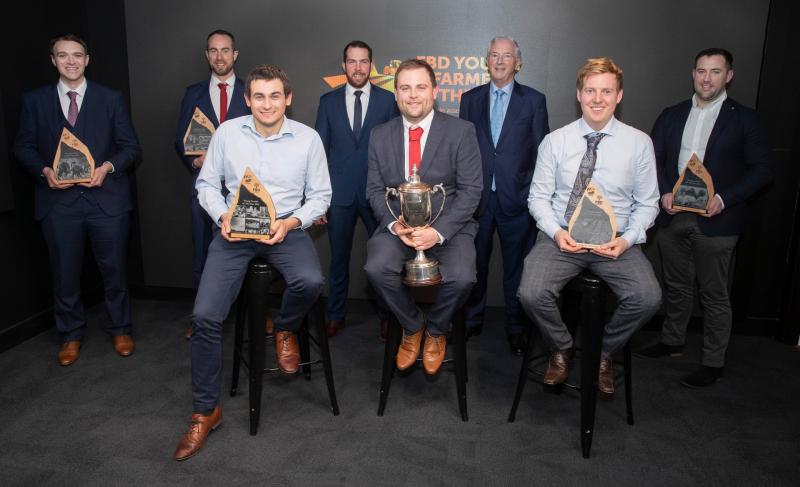 A young Laois farmer has been crowned Ireland's Young Dairy Farmer for 2021.

Trevor Cobbe, 33, from Doolagh, Portarlington came was selected the category winner at the Macra organised and FBD sponsored awards with the winners announced on December 17.

A long term member of Mountmellick Macra, he is also a talented badminton coach for the club and the wider community.

Meet the Laois finalist in FBD Young Farmer of the Year

Trevor was one of many Macra na Feirme members to be recognised for their achievements in their industry at the awards ceremony which was broadcast on Macra na Feirme’s Facebook page.

The awards, now in their 23rd year, are sponsored by FBD Insurance and supported by Macra na Feirme in association with the IFA and the National Rural Network.

Owen Ashton, a farm manager from County Cork took home the top prize as he was crowned the 2021 FBD Young Farmer of the Year.

A graduate in Agriculture from Aberystwyth University in Wales,  Owen manages a dairy herd of 180 cows in Castlelyons, Co Cork.  Over the last number of years, Owen has developed the farm and focused on environmental sustainability.

The category winners awarded were:

Shane Halpin from Dublin won the Other Enterprises award

Edward Treanor from Monaghan was a finalist in the competition.

Éanna Tiernan was announced winner of the NRN Biodiversity Award sponsored by the National Rural Network.

"This year is no different and our finalist and all those who have competed in this years FBD Young Farmer of the Year showcase the best farmers across the globe, who are Irish young progressive farmers. It is a true testament to the competition and those competing that our young farmers set the standard for agriculture in terms of sustainability and ambition," he said.

IFA President Tim Cullinan said the calibre of contestants in this year’s FBD Young Farmer of the Year competition, organised by Macra na Feirme, was of a very high standard.

“With all the changes and challenges ahead, the sector will need bright, innovative and resilient people to drive farming forward. I wish all those who took part the very best for the future,” he said.

"This award is very well deserved, it is a testament to Owen's hard work, passion and dedication. Our hope is that these awards will inspire the next generation of farmers to build strong and sustainable farm businesses for the future,” he said.

The aim of the competition is to recognise and reward the top young farmers in the country. Entrants are judged according to a number of criteria including farm business initiative and innovation, levels of farm efficiency and enterprise quality, farm safety and environmental protection awareness, as well as agricultural knowledge and community involvement.