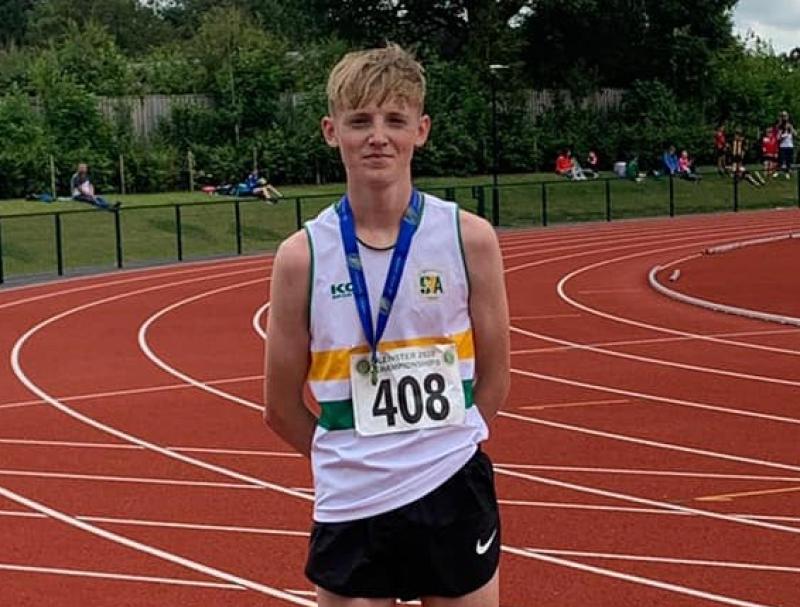 It's only the 23rd of January but St Abbans AC athlete Jack Fenlon has placed himself in an excellent position to be selected for the European U18 Championships which will be held from the 4th to the 7th of July 2022.

Jack has made huge improvements over the last two years and showed his potential on the track during the summer taking the silver medal over 3000m. Over Christmas, he moved to 4th fastest club athlete on the renowned Tura Triangle, showing his huge progression at just 16 year of age.

Jack travelled to the National Indoor Arena on Wednesday 19th hoping to get a good burn out before his favoured 3000m event on Sunday 23rd . As the race developed he placed himself very well and roared home to a stunning 3:55. This time is 2 seconds inside Athletics Ireland’s European U18 standard for 1500m of 3:57.

While the time was a surprise in his first race indoors, Jack’s potential has been flagged for a number of years now. After this, the primary focus became recovery with Jack scheduled to run a 3k 4 days later.

Athlone IT was the location this time around with the National Combined Events and Indoor Club League taking place. Jack was joined in the Guest race by club mates Cian Kelly and Will Fox. Cian has also displayed excellent form of late when he finished 2nd in the County Senior Cross Country and just ahead of Jack on St Stephen’s Day. As they settled into the race Jack took up the pace, eagerly looking to secure a sub 8:32 clocking to achieve his second European Standard in 4 days.

Jack was just on pace as they entered the final kilometre when Cian came by him in a push for home. Jack hung onto Cian for as long as possible and as they entered the last 200m Cian pushed again. Cian came across the line in 2nd place in 8:27 a new personal best to continue his fine start to 2022.

However it was Jack who stole the limelight, finishing in a blistering 8:30, two seconds inside the European Standard. There was plenty of delight around the stadium with Jack’s parents Suzanne and John both there to cheer him around.

Jack’s coach Ned Kelly was also trackside to congratulate his athlete on a fantastic week of results, but years of hard work and dedication to arrive at this point. While Jack will be keenly aware that these performances do not guarantee him a place on the plane to Israel, Jack has put himself in a fantastic position to be selected by Athletics Ireland.

Many athletes spend most of the summer trying to chase qualifying times. Jack has the comfort now of having achieved the standards early in the year and he can now focus on continuing his improvement throughout the season.