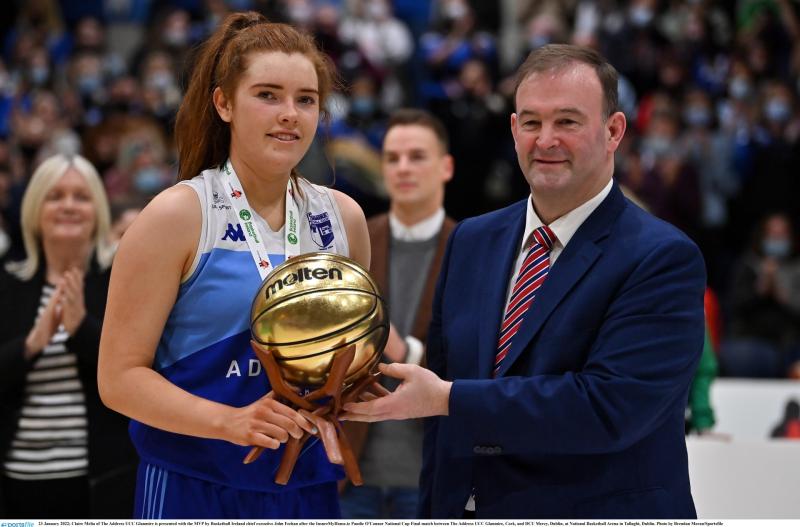 Former Portlaoise Panthers star Claire Melia was once again to the fore for The Address UCC Glanmire as they claimed the InsureMyHouse.ie Paudie O’Connor Cup title at the weekend.

They beat DCU Mercy 72-65 in a compelling contest at the National Basketball Arena with Melia inspiring her charges for the come from behind win with the Monasterevin native also picking up the MVP award for the final that was live on TG4.

In total, she hit 21 points, 11 rebounds, six assists, four steals and two turnovers with 10 of her 21 points coming in the crucial final quarter.

The talented star is a well known name in Ireland Basketball circles. She previously captained Ireland U-18s to the European Championship final in 2017 and played a leading role in the Portlaoise Panthers National Cup final victory back in 2019.

The 22 year old former Portlaoise star, had been in the America on a college scholarship but couldn’t settle with homesickness. She is now studying early childhood care in Carlow IT, which means twice-weekly four-hour round-trips to Cork just for training. 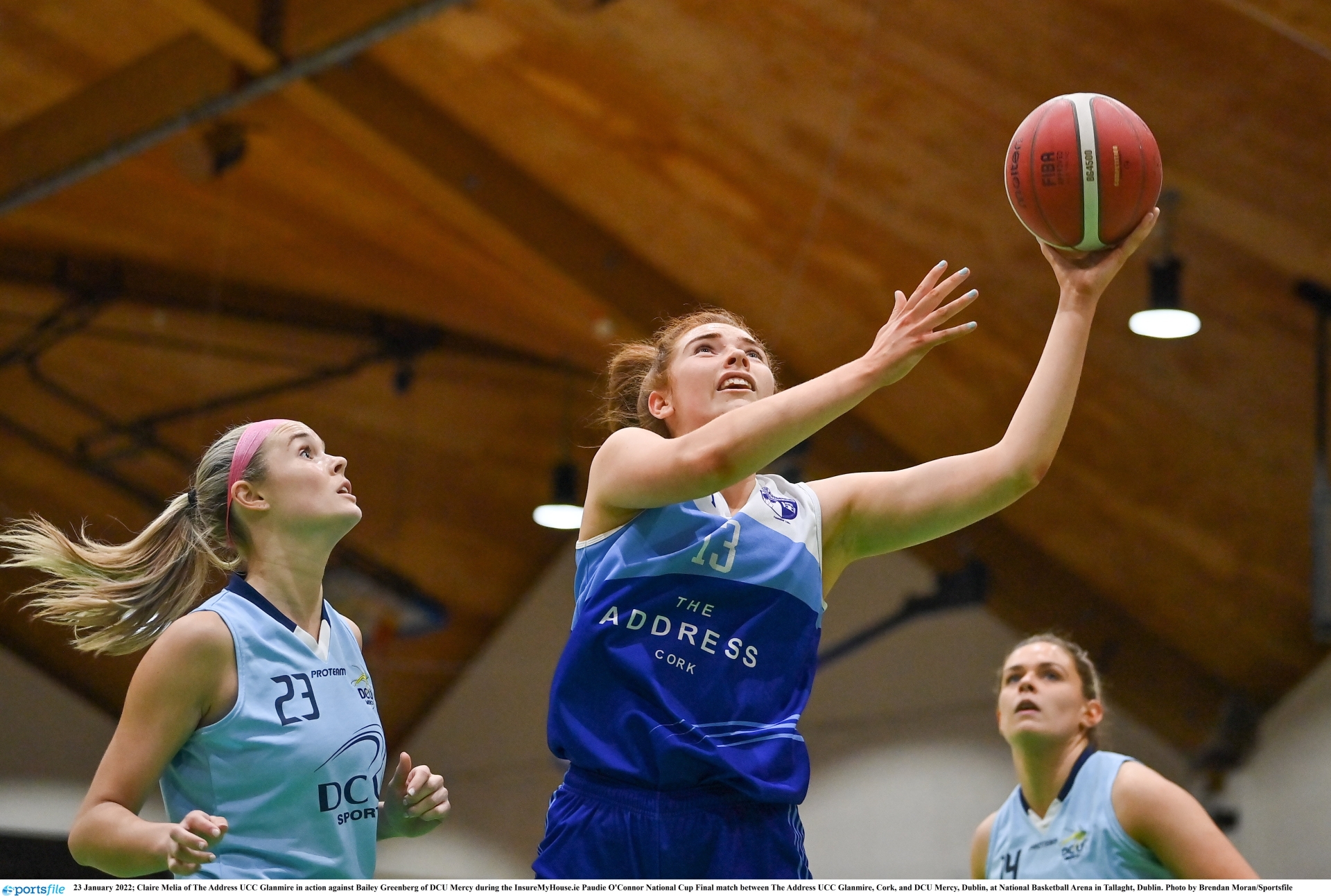 Speaking to the Irish Examiner after the final win, Melia commented;

“Different people step up at different times and we just needed a bit of a lift in us, a bit of fight. Sure basketball can change anytime, you just have to keep pushing on and stay going to the final buzzer."

“I can’t wait to bring the cup to her grave and let her see it,” she smiled.