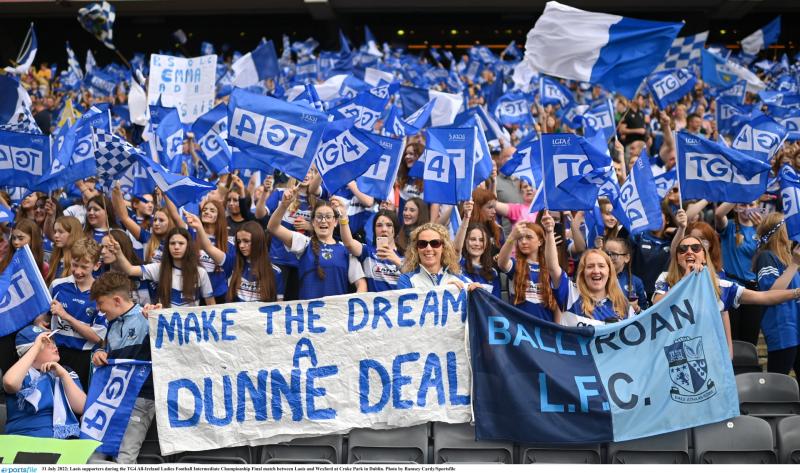 Laois dominated the first half the highlight of which was an Mo Nerney goal. Wexford just couldn't get a grip the O'Moore County's super set of forwards.

They led 1-09 - 03 points at half time. However, 11 wides in the first half would leave the door open for Wexford to mount a comeback.

That's exactly what Wexford did in the second half as they took score after score to edge closer to Laois. While Laois chipped in a some key scores, they also registered more wides which energised Wexford further.

However, the energy was not enough to overcome the Laois backline who cleared ball after ball. Captain Amiee Kelly and Aisling Donagher, who was TG4 Player of the Match, were central to the Laois defence.

IN PICTURES: Laois in ecstasy in Croke Park after All-Ireland Final win

A late Wexford goal brought the game down to a final kick out which Laois won and in doing so claimed their first title in more than two decades and puts them back in to the top tier of Ladies Gaelic Football on a final score of 1-13-1-11.