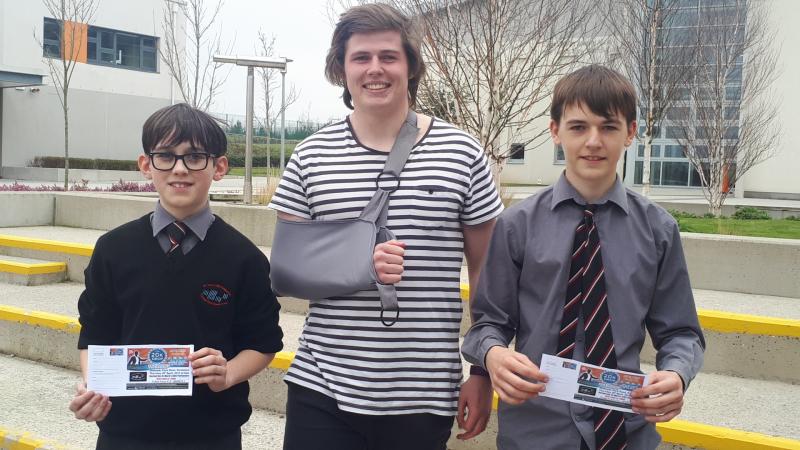 A season-ending injury did not stop Connacht and Ireland rugby star Sean Masterson from returning to his home to Laois to help students and teachers at his alma mater in Portlaoise launch a big fundraiser.

The Portlaoise native returned to his secondary school St Mary's CBS today, to launch the 20k Drop fundraiser, which will help send 16 students to volunteer in Zambia next year.

Sporting a sling, he explained his injury.

"I dislocated my shoulder. I will be out for five months. I have just got surgery on it," he said.

First the star of Portlaoise Rugby club, Sean was chosen as captain of the Irish U-19 team in 2017, and was also part of the U-20 squad for the 6 Nations and the World Cup.

He attended the school launch with his mother. He was part of the 2015 school team volunteering in Zambia and he told the hall of first and second year students what a great experience it was.

"It was one of the best experiences in my life so far. It is a different world over there. Everyone of you should make the application to go," he said.

He told the Leinster Express that the experience in Zambia had changed him.

"A lot of people there were sick with HIV and AIDS. Sometimes we take everything for granted here, but there even though there was a drought, people were still smiling. We complain about school but they love school, and they loved seeing us," he said.

Below: Sean with St Mary's CBS teachers and students who will embark on a volunteer trip to Zambia in 2019. 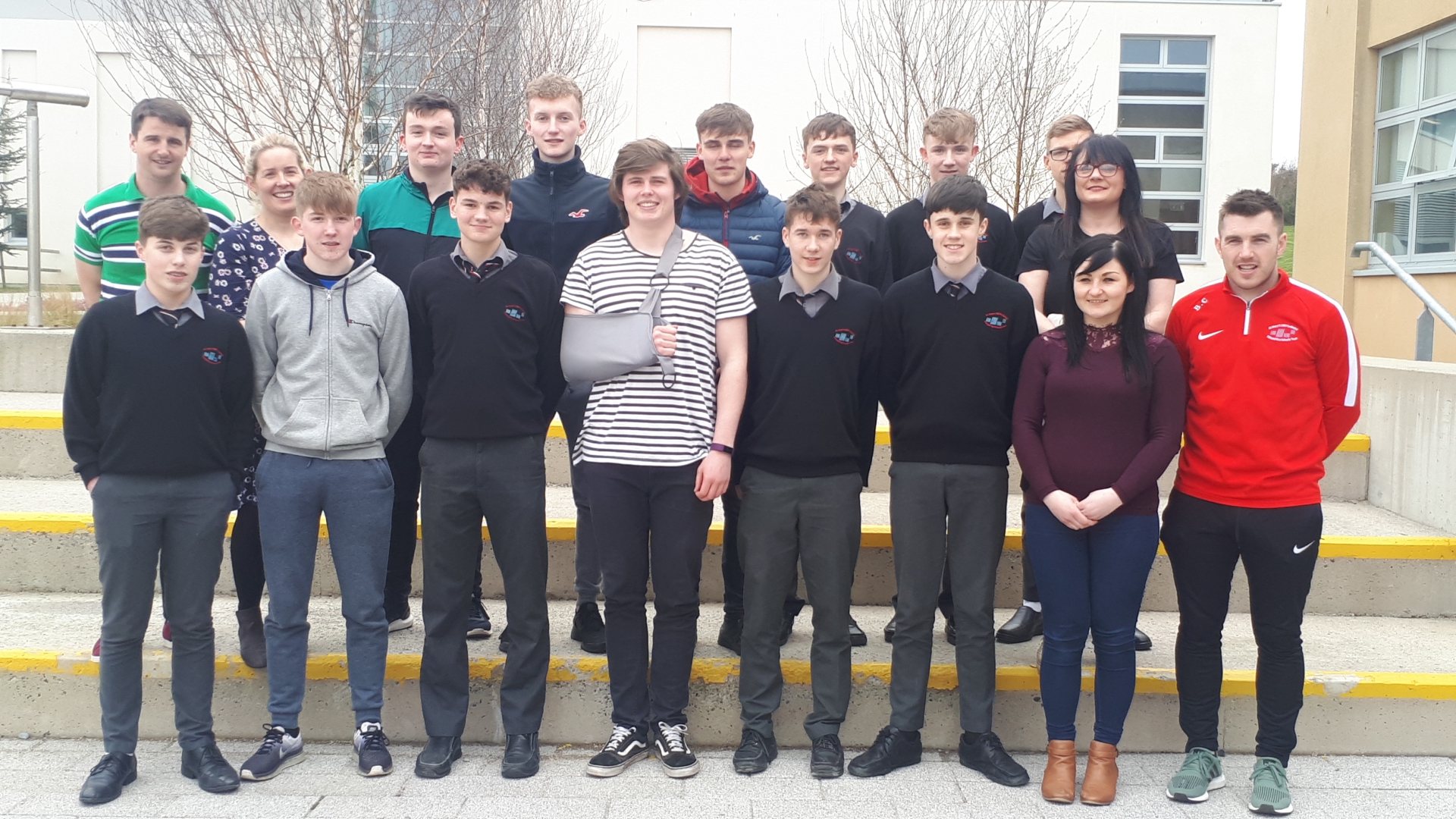