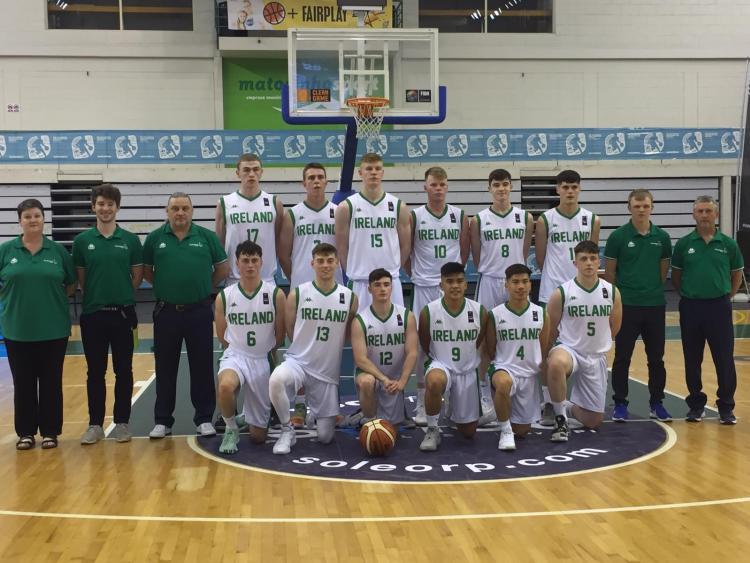 The Irish U-20 squad

Mountmellick man and Portlaoise panthers player James Gormley has been on duty with the Irish national team over the past few weeks as they competed in the European championships.

Gormley and the Irish squad began their campaign in the FIBA U-20 Men's European Championship Division B with an opener against tournament favourites Russia, and they proved too hot to handle for Ireland.

A clinical and classy performance from the Russian outfit saw them cruise to a facile 124-48 victory in the first group game.

Gormley did not feature in the opener against Russia, but did see game time against Iceland in game two, and he made the most of his opportunity.

In a much improved display from the Irish, with their second half performance in particular standing out, they bravely fell to a 61-85 defeat.

Gormley's played a solid second half, finishing with a total of eight points. Iceland began the third quarter on fire, but Ireland were beginning to play with more confidence, and grabbed scores from Finn Hughes, Conor Liston and Laois representative Gormley.

A Gormley put back sent Ireland into the stoppage with all the momentum.

Ireland played some of their best basketball in the fourth quarter, and won it 20-19 thanks to some sublime shooting from Gormley and the likes of Finn Hughes, Kris Arcilla and Cillian O’Driscoll.

Ireland were hoping to carry the momentum from the Iceland game into their third group match against Hungary. However, in a low scoring affair, Ireland fell to defeat once more on a score of 49-62.

Gormley was unfortunately sidelined with injury for that one, along with teammate Cillian O'Driscoll.

The Portlaoise Panthers star did manage to make a return for Ireland's final group game, as they played Belarus.

Gormley finished with two points in what was another difficult day at the office for his country. A strong opening quarter from Belarus meant Ireland trailed by too much to be able to launch a comeback.

Ireland face Romania now at 4:15pm in their classification game. You can watch the game live below: