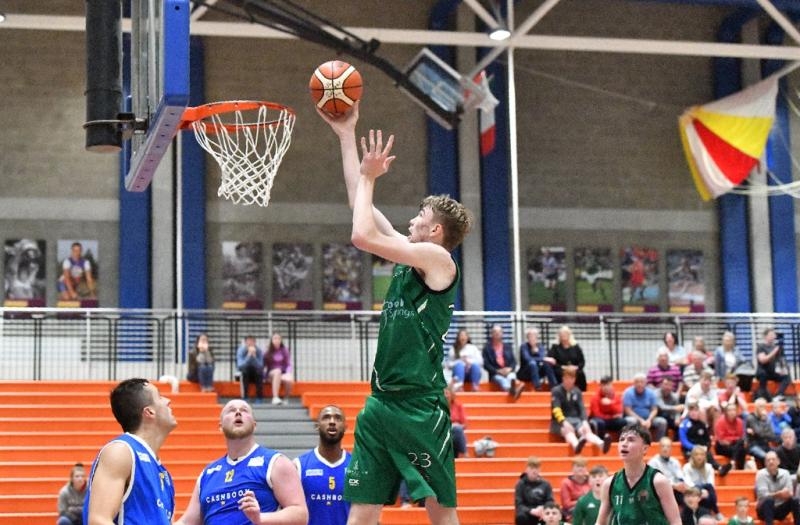 The exciting prospect that is James Gormley from the Portlaoise Panthers basketball club has taken another milestone in his career, as he's managed to earn a place in the Irish U-20's squad for the upcoming European Championships in Portugal.

James Gormley first started making headlines when he headed off to the USA on a basketball scholarship when he was just seventeen years old. His relentless work rate and fearless mindset at such a young age has been instrumental in his basketball career thus far.

Before he headed off to the States, Gormley traveled to the Red Star camp in Serbia and then on to Lithuania for a month, which included workouts with the legendary coach Steponas Kairys.

The Mountmellick man, who clocks in at a whopping seven foot in height, enjoyed a year over in a US high school in Alabama and played his basketball with Team Carroll Premier. Gormley plans on doing a PLC up in Portlaoise College, and then hopes to return to college in America.

His performances with the Portlaoise Panthers last season have shown that his experiences abroad have been worth while. Upon his return from America, Gormley opened his National League account with 16 points and 19 rebounds, helping a youthful Panthers outfit to a 81-76 victory.

You can read the report on that game HERE

And Gormley's form hasn't gone unnoticed, as he's now being selected for the Irish Senior men's team, which, at just nineteen years of age, is no mean feat.

Gormely and his Irish teammates are in action on the 12th (Friday) and the 13th (Saturday) of July, and they will play Slovakia in Bratislava in a two game international friendly.

It will be interesting to see how Gormley fares in the step up in quality, and we'll keep you updated on how he gets on.