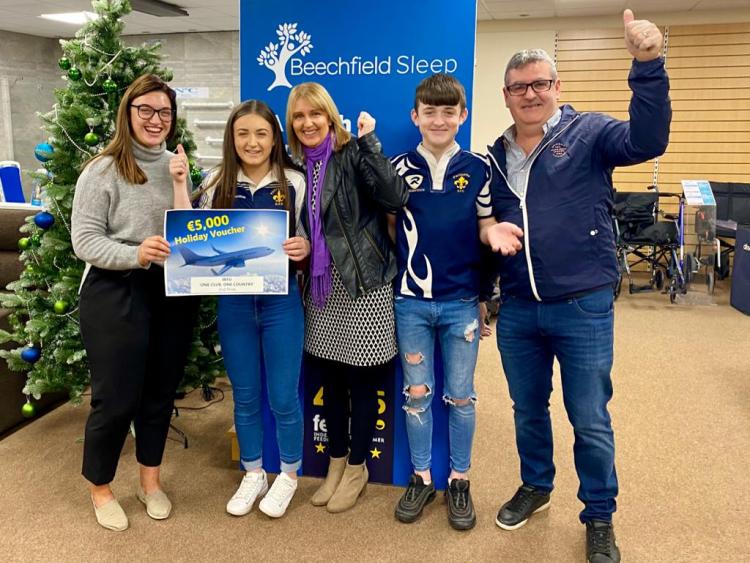 One lucky Portlaoise Rugby Club member has scooped up second prize in the Irish Rugby 'One Club, One Country' draw recently.

Emma Larkin, a member of the Portlaoise Rugby Club U-18 Girls team, was announced as the runner-up in the draw and received a €5,000 holiday voucher from Killester Travel as her prize.

The IRFU's 'Your Club Your Country' fundraising initiative, now in its 9th year,  last year raised €657,000 by rugby clubs across Ireland. Over €5.1 million has been raised for the club game since the Grand Draw was introduced in 2011. All the prizes are provided by the IRFU and their family of partners, leaving the club free to sell up to a maximum of 1000 IRFU Grand Draw Tickets and retain 100% of the funds from those sales to support activities during the season.

Emma is considered a hot prospect on the rugby field and recently scored 7 tries in one of her games for Portlaoise against Birr, and a further two tries last week against Greystones. She is a scrum half and triumphs with the rugby ball in hand. 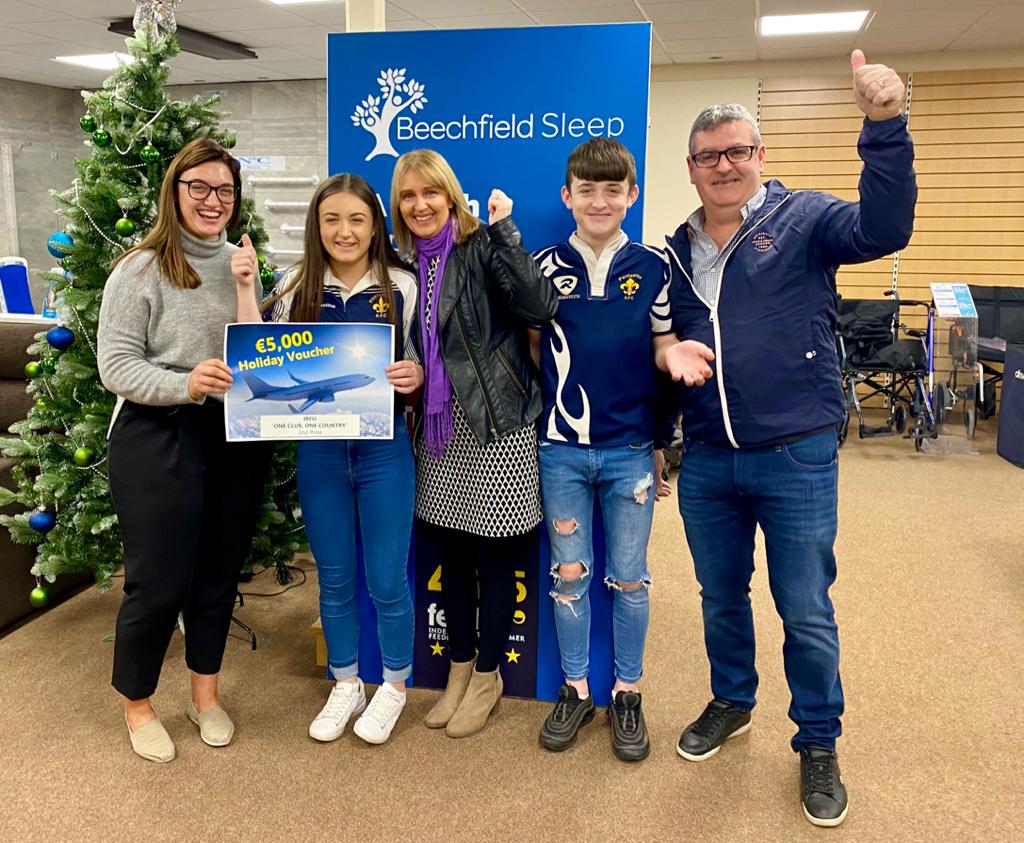 *Second place winner in the IRFU 'One Club, One Country' draw Emma Larkin pictured with her parents PJ & Sue and her younger brother PJ who plays on the Portlaoise RFC U-15 Boys team with Portlaoise RFC's PRO, Shauna Mackey.