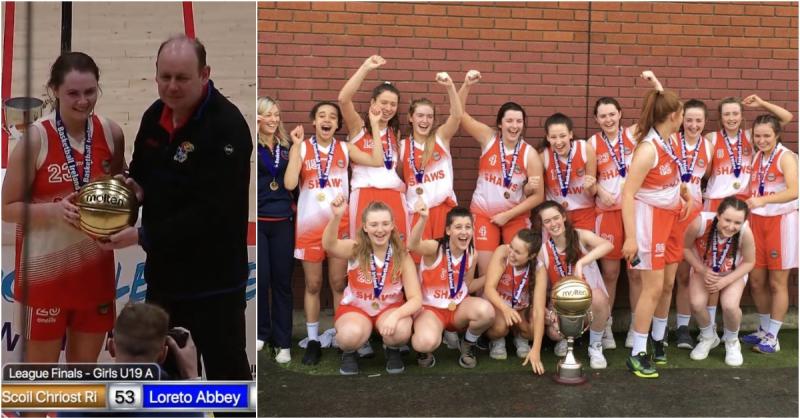 Following on from their Schools Cup glory back in January, the Scoil Chríost Rí basketballers have claimed the double with a 12-point win over Loreto Abbey, Dalkey, today at the National Basketball Arena in Tallaght.

All Ireland Schools League U19 'A' Girls Final

Led by Laois sporting great Pat Critchley, the Scoil Chríost Rí girls led for the duration and were fully-deserving of yet another All-Ireland title for the Portlaoise school.

They led narrowly by three points at the end of the first quarter, 13 points to 11, before extending the margin ou to nine points by half-time.

Scoil Chríost Rí picked up the pace after the break and pulled 17-points clear by the end of third quarter, and while the Dalkey school would stage a late rally, Pat Critchley's side finished with 12 points to spare in another stellar performance from a hugely talented crop of players.

Congratulations to @ScoilChriostRi1 who were crowned the All Ireland U19 A Girls School League Champions with a final score of 53-41!! HUGE shout out to the Loreto Abbey Dalkey #Superfans who never stopped cheering throughout the game! #20X20 #cantseecantbe pic.twitter.com/WdIqMePqGZ