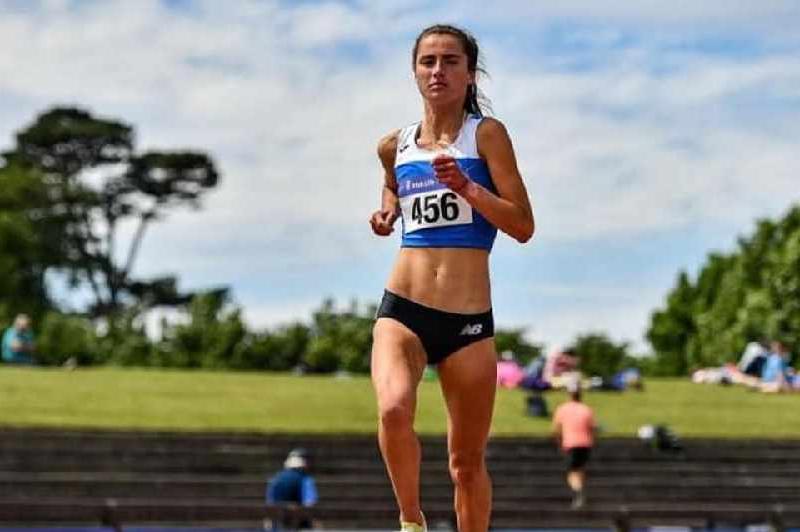 A former pupil at Scoil Chriost Ri secondary school in Portlaoise had a productive weekend when she competed at the All-Ireland Junior (U-20) athletics championships in Santry Stadium last weekend.

Offaly native and former Portlaoise student Laura Mooney took a brilliant gold in the junior ladies 5,000 metres. The Cappincur woman ran away from the field to win in a championship best time of 16.31.66.

Mooney is on an athletics scholarship in Providence College, Rhode Island in the USA and she has made vast improvements in the past couple of years. The last time a Tullamore Harriers athlete won the U20 5000m was in 1997 when Ann-Marie McGlynn won the title – McGlynn, now living in Strabane, Tyrone and racing for Letterkenny AC, was agonisingly close to making the Olympics marathon this year.

Mooney comes from a well known Cappincur and Offaly sporting family. Her father Brendan played football with Raheen for years, older brother Barry was a Cappincur senior footballer before picking up a bad injury in an unfortunate car accident a couple of years ago and sister Alison is a competitive and talented rower.

Rugby fans set to return next month at the Aviva Stadium

How much did your club get from Laois Sports Partnership?