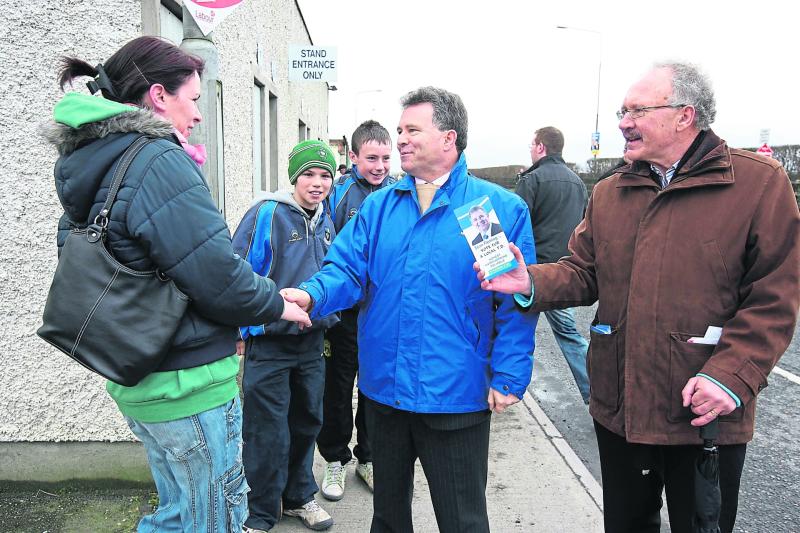 Laoid TD Sean Fleming on the canvas with his brother Padraig.

A variety of sports are represented in the list of 20 Laois clubs and organisations to receive money for new equipment, according to Laois Offaly TD and Minister of State at the Department of Finance Seán Fleming.

The TD confirmed that funding of nearly €240,000 is being allocated under the Sports Equipment Programme.

"We cannot underestimate the benefits these clubs contribute within our communities. In addition to the health and wellbeing benefits from sports , these clubs play a strong part in the social and community spirit supporting teams and individuals," he said.AA, Ladies GFA, soccer, camoige, golf, gymnastics, martial arts, archery, equestrian sports, swimming, badminton, athletics, canoeing / kayaking are the sports included for funding and its great to see such a wide variety of sports being successful and available in Laois being supported by these grants.

The biggest recipient is the Graiguecullen-based Carlow Gymnastics club which is getting €37,000 for a new floor.

"I would like to congratulate all organisations on their successful applications and encourage them to acquire their new equipment as soon as possible for the benefit of their communities. I would like to thank all volunteers and wish them continued success," said the Laois-based Minister who is an active member of Castletown GAA club.

The complete list of Laois organisations which received funding for equipment is listed below. 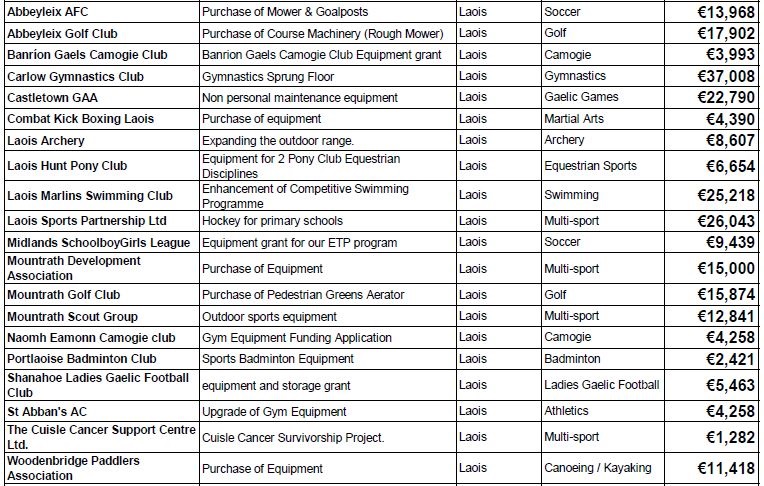 The Minister for Tourism, Culture, Arts, Gaeltacht, Sport and Media, Catherine Martin, T.D, and the Minister of State for Sport and the Gaeltacht, Jack Chambers, T.D., today (6 August) announced €16.6 million in equipment grants under the latest round of the Sports Capital and Equipment Programme (SCEP).

The also announced that funding which will have some benefit for Laois. Some €2m is being provided for sports equipment for National Governing Bodies of Sport (NGBs) of which more than €63,000 is going to a new HQ and Centre of Excellance for the Republic of Ireland Billiards and Snooker Association in Graigucullen.

Check out all the live sport on TV this weekend