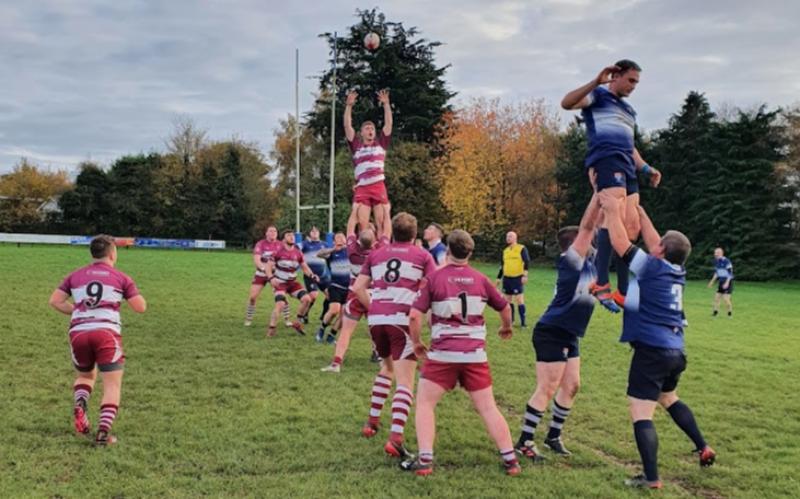 Portarlington took a maximum five points from their long trip to Ardee on Sunday with an emphatic team performance that leaves them clear at the top of Division 3 at the half way point.

It has been an impressive start to the season for the Port men and they now look set up for a hard title push once they can keep the momentum going in the second half of the season.

A hat trick from youngster Eoin Worrell and one each from Jack Hennessy and captain Stephen Oakley sealed a comprehensive victory in Louth with veteran Kieran Hyland slotting three conversions.

Down a number of key players from the previous matches, the replacements excelled and the squad dept Port now have was apparent. Adam Kelly in the centre at 19 was superb alongside Chris McCormack as usual, with Jack Walsh making some excellent carries also. A hat trick from Worrell, his third this season was a stand out.

Darren O Connor in the pack was like a man possessed and lead the team throughout the game, alongside the excellent Jack Hennessy and Jack Mallon. Keelan hunt also returned after a long injury lay off and we will very pleased with his 60 minutes.

Next up is Clane at home on the 5th of December and the two week break will be a welcome one.