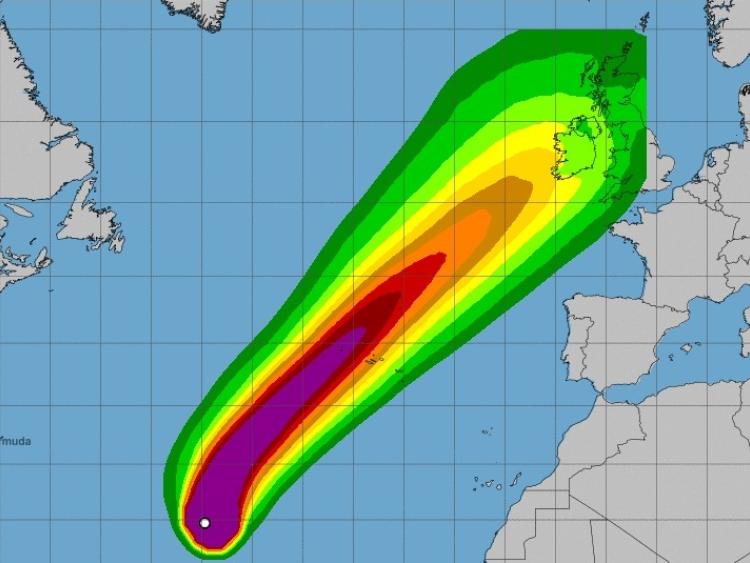 Hurricane Lorenzo has increased in strength to a Category 5 Hurricane according to the US National Hurricane Centre.

The American forecaster, which was central to tracking Storm Ophelia over Ireland, said early on Sunday that Lorenzo is now 'an extremely powerful category 5 hurricane' and is the "strongest hurricane on record this far north and east in the Atlantic basin.

"Lorenzo is a large and powerful hurricane and its hurricane and tropical storm-force wind fields are expected to expand further during the next several days," said the US forecaster on Sunday.

Charts show the storm reaching Ireland and the UK by Thursday. More below pictures. 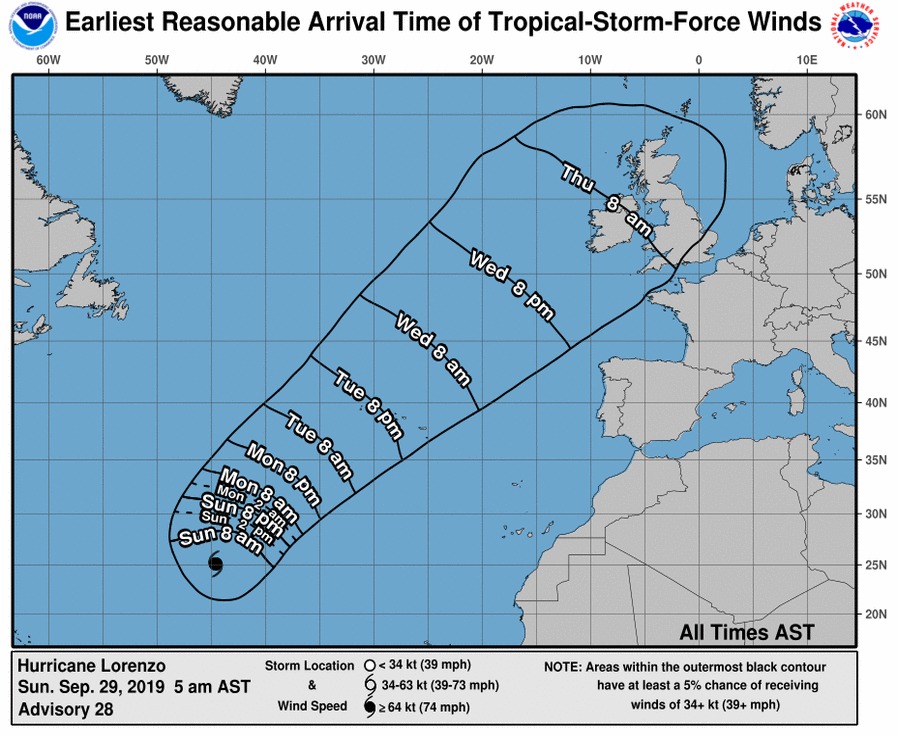 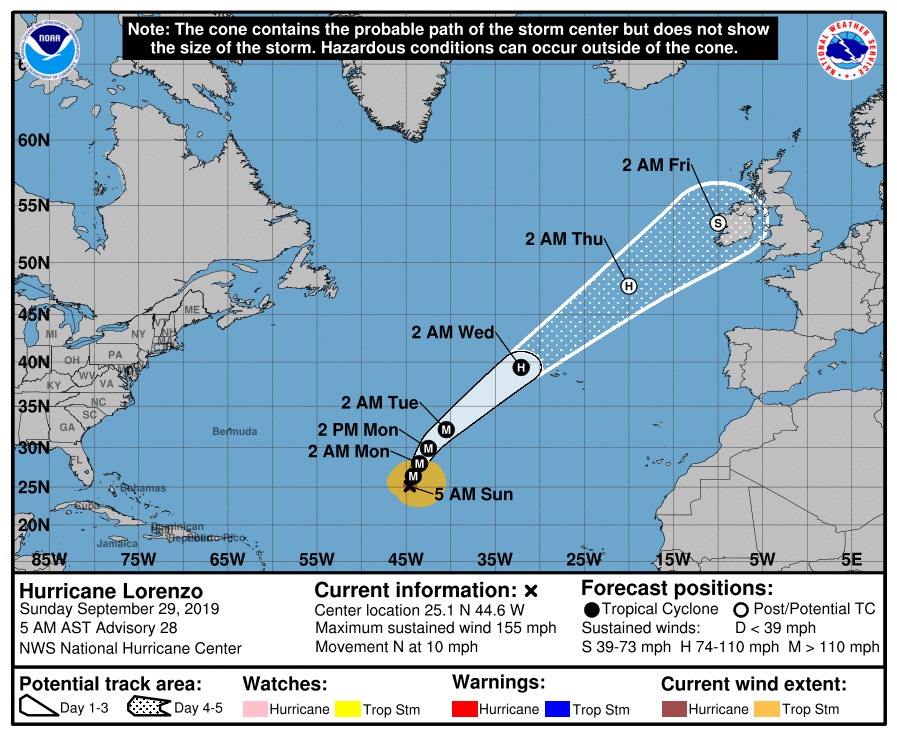 Read also: JURY OUT ON IMPACT

Here are the 5 am AST Key Messages for Hurricane #Lorenzo. pic.twitter.com/wW05AN0rcu

Met Eireann says it is closely monitoring the track of the storm but says its impact remain's 'very uncertain'.

Met Éireann said on Sunday that it is holding daily briefings with the National Hurricane Centre and the UK's Met Office the progress of Lorenzo in the Atlantic.

A special advisory has been issued for Hurricane Lorenzo, as the maximum sustained winds have increased to near 145 mph. #Lorenzo pic.twitter.com/ogQEeNT8qx

Lorenzo is now an extremely powerful category 5 hurricane. It is the strongest hurricane on record this far north and east in the Atlantic basin. pic.twitter.com/nUR5ugJws7