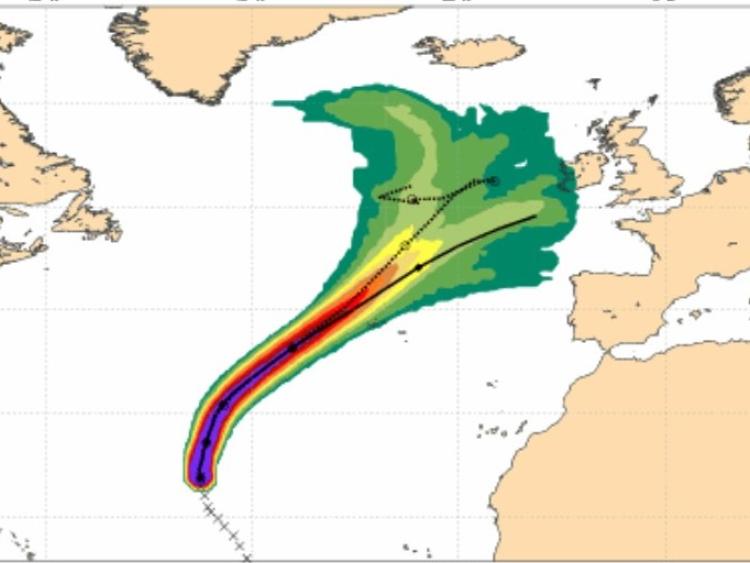 Met Éireann has cautioned that the track of Hurricane Lorenzo and its possible impact on Ireland looks 'very uncertain' but it is closely monitoring the storm's track with forecasters in the UK and America.

Met Éireann issued a commentary on the storm status on Sunday. It said the system was situated just over 2,000km southwest of the Azores at 10am on Sunday morning.

"On the forecast track, Lorenzo is expected to move near or just west of the Azores late Tuesday and Wednesday. Thereafter, the exact track and the intensity of Lorenzo as it transitions to an extratropical low is still very uncertain. However, one possibility is that it will track northeastwards towards Europe," said the commentary.

However, the forecaster is not taking any chances.

"Met Éireann, the UK Met Office and the US National Hurricane Centre (NOAA) are holding daily conference discussions. The progress of Lorenzo and any potential impacts for Ireland are being closely monitored," said the commentary.

The forecaster says the ECMWF model uses a range of slightly different initial values to calculate 50 possible solutions. This is known as an ensemble, which is used by Met Éireann meteorologists to understand uncertainty in the forecast and the range of weather outcomes that are possible.

Met Éireann's says there is a potential for unsettled weather to develop next Thursday and Friday, however, uncertainties in the detail remain due to the track of Lorenzo by the time we get there. The forecaster expects it to become milder due to the influence of tropical origin air.

Met Éireann says the progress of Lorenzo and any potential impacts for Ireland are being closely monitored.

The image below shows the widespread in outcomes in the latest ensemble output from ECMWF. 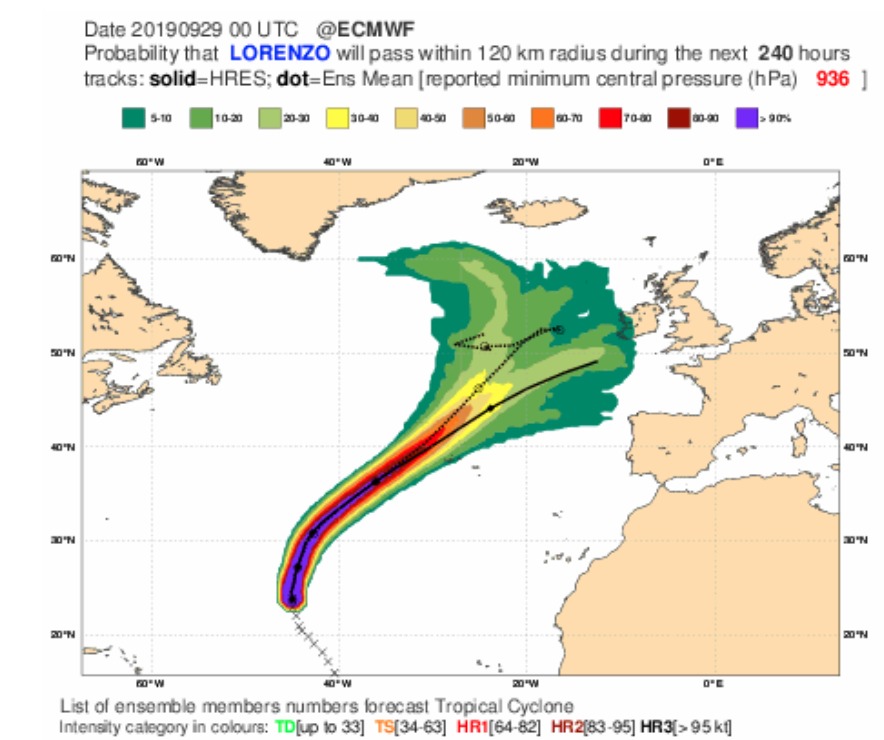