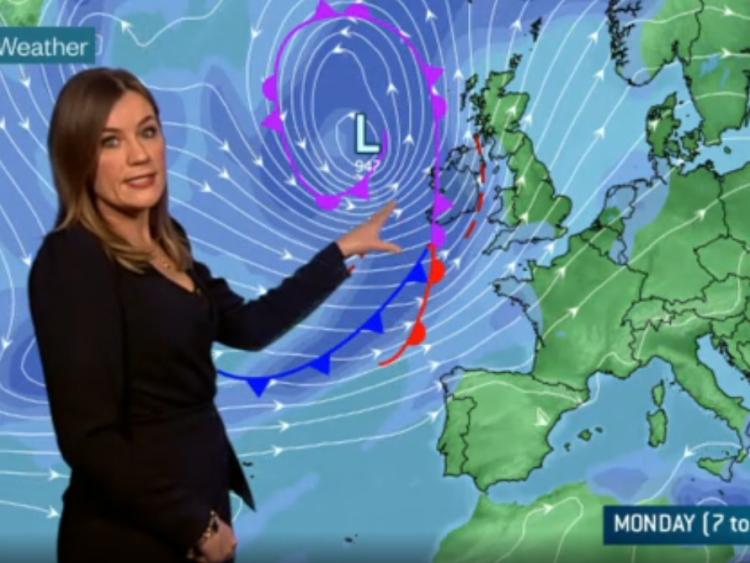 Met Éireann warns that Storm Brendan will bring 130 km per hour which could be serely damaging in parts of Ireland with all parts of the country at risk of 100 km per hour in its latest broadcast forecast on the Atlantic weather event.

In her weather forecast bulletin after the RTÉ news on Saturday meteorologist Siobhán Ryan outlined the latest on what to expect from the Atlantic storm which looks set to strike on Monday.

A Storm Orange wind warning has been issued by Met Éireann with winds hitting hard along the western seaboard.

"Those south to southwest winds gusting up to 130 km per hour. Alongside this a combination of high tides and storm surges so there will be a significant risk of coastal flooding," said Ms Ryan.

The Status Orange warning is in force for several counties from 7am on Monday morning. MORE BELOW PICTURE. 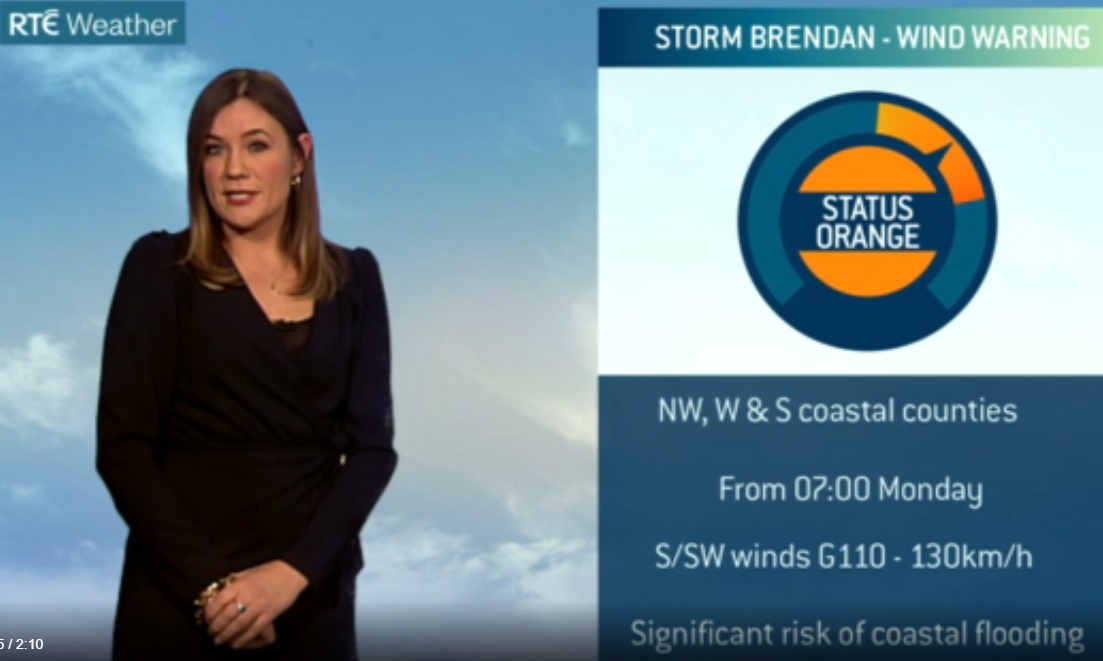 However, the rest of the country will not escape.

"A Yellow wind warning for the rest of Ireland where southwest winds will gust up to 110 km per hour and a high risk of coastal flooding in these areas too," warned Ms Ryan.

There will be a calm before the storm on Sunday when it is expected to be dry and sunny. Things will go downhill from Sunday night onwards.

"On Monday though, a big change is on the way. We have the developing low system that is going to skirt just off the northwest of Ireland steering in some extremely high winds...severe damaging gusts and some very wet weather at times," she said. MORE BELOW PICTURE. 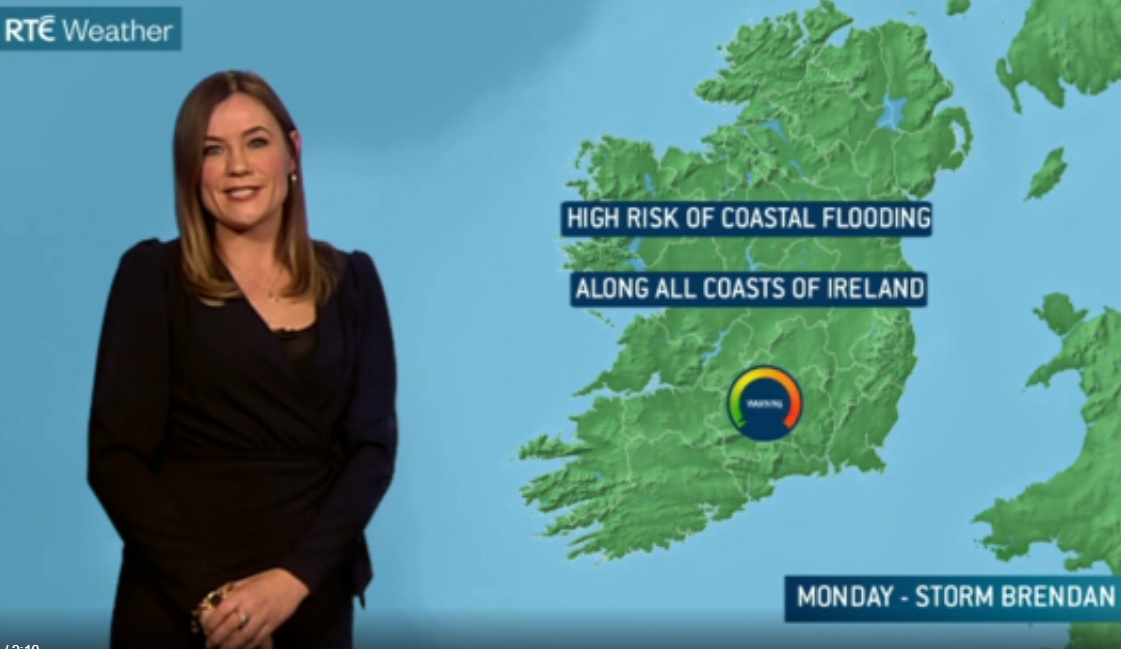 Here is our 7 day Atlantic Chart, showing the pressure and precipitation forecast in 6 hours intervals.https://t.co/9Giuj4CR5mhttps://t.co/9gKN6SVok4 pic.twitter.com/CXBL3kNOZE