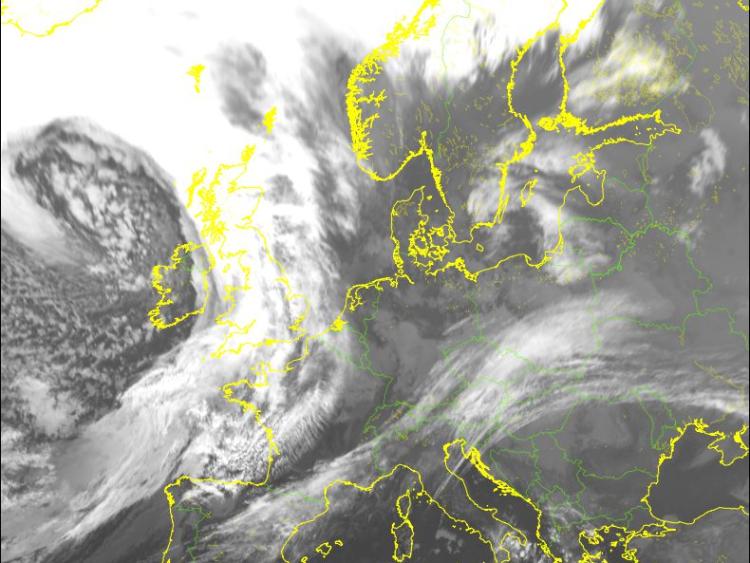 While the worst of Storm Brendan's morning impact has passed strong gusts continue to be recorded on land in Ireland while the sea of the west coast getting rougher with waves have exceeding now 40 feet in the Atlantic.

Latest observations from Met Éireann show that a gust of 100 km per hour were recorded along the west coast at 2pm. An average wind of 93 km per hour was recorded in Mayo.

Meanwhile, measurements recorded at 1pm by the forecaster's buoy off the west coast of Ireland in the Atlantic show that wave height of more than 40 feet or more than 13 metres.

Parts of the country became settled and sunny afternoon after the storm front swept through.

The very heavy rain in eastern areas will clear away early this afternoon, as the brighter showery conditions in the west extends countrywide. pic.twitter.com/ZavnadBoLC