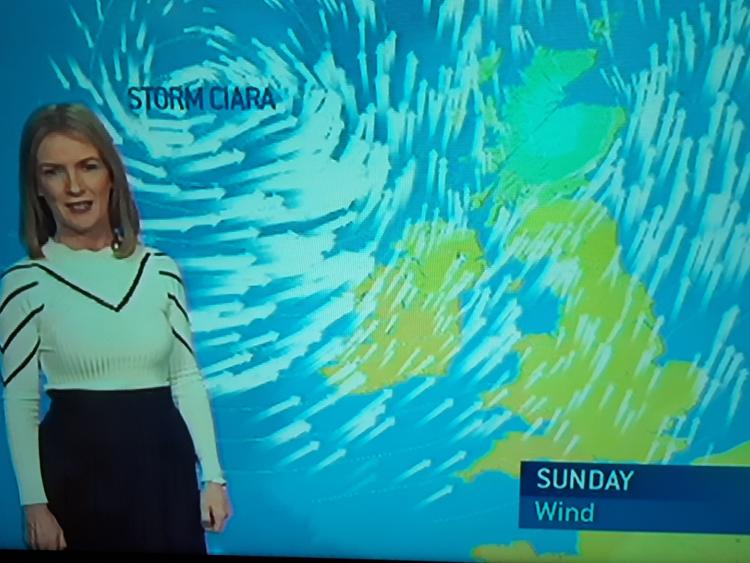 In her forecast after the RTÉ news on Friday night, Met Éierann meteorologist delivered the latest on what to expect over the weekend and into next week.

The forecaster said Ireland is heading into a period of very 'inclement weather' is approaching featuring Storm Ciara.

She said Saturday would see strong and increasing winds but there would be with even stronger winds as Storm Ciara pushes across Ireland right through Sunday.

She said Saturday would bring heavy rain with up to 40 mms falling with winds freshening through the afternoon more rain is expected on Sunday.

Status Orange and Yellow warnings are in place for Sunday due to strong winds with widespread heavy rain. She also warned that it would become cold when the rain goes through.

Ms Donnelly advised that Met Éireann would be updating the alerts over the weekend.

"Those models will be reviewed over Saturday as we get the high level computer resolution computer model information in over the next few hours so please stay updated to the wind models...we will be updating warnings for through Saturday for this event on Sunday," she warned.

After Sunday and into the early days of next week she said the strong winds would continue dragging colder weather with it.

"In fact, when the storm goes through it is going to get very cold as well as very windy," she said.

"The showers come through on Monday and Tuesday will be of sleet and snow and with strong winds, there could be some drifting," she said. MORE BELOW PICTURE. 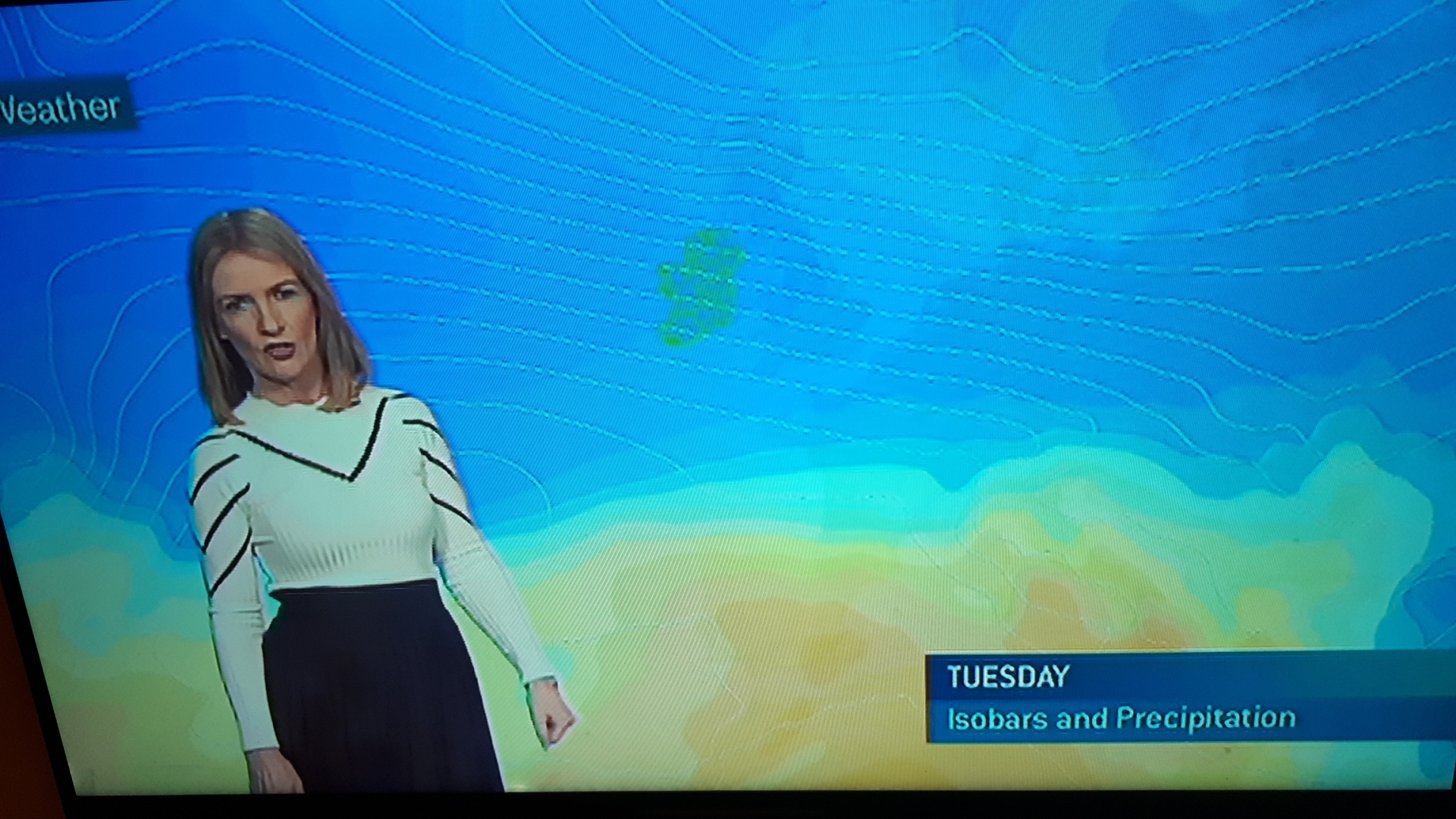 She also warned that there would be an increased risk of coastal and river flooding over the next few days. MORE BELOW TWEET.

Our Atlantic chart shows precipitation and pressure forecast in 6 hour intervals for the next 7 days.https://t.co/9Giuj4UrWU
The national forecast and the national outlook for the coming days can be found here.https://t.co/9gKN6SDMVu pic.twitter.com/BsLIez1hFJ

SATURDAY 8TH FEBRUARY
Warnings for strong winds and heavy rain have been issued for Saturday. There will be bright spells and scattered showers across the country during the morning accompanied by strengthening southerly winds. During the afternoon, heavy rain will develop across Munster, Connacht and west Ulster with bright spells and showers elsewhere. Southerly winds will strengthen further with severe gusts expected at times. On Saturday evening, heavy rain will extend to remaining counties and there is a risk of thundery downpours and localised flooding. Maximum afternoon temperatures ranging 6 to 10 degrees.

NATIONAL OUTLOOK
Headline: Very windy or stormy later Saturday night and on Sunday with heavy rain and a risk of flooding as storm Ciara tracks to the north of Ireland. Becoming cold and showery early next week.

Early on Saturday night, rain will clear eastwards and strong southwest winds will ease for a time.

Overnight and through Sunday morning, as storm Ciara tracks eastwards to the north of Ireland, south to southwest winds will strengthen and become very strong and very gusty with possibly damaging gusts and with gales along coasts. A band of heavy rain will move quickly southeastwards across the country with a risk of localised flooding. Showers will follow in the afternoon. Through the late afternoon and evening, winds will become westerly. They'll continue strong and very gusty, especially in coastal areas. Highest temperatures of 10 to 12 degrees. Sunday night will be cold, windy and showery.

Monday and Tuesday will both be cold, windy and very showery days. Many of the showers will be wintry with hail, sleet and snow at times. Westerly winds will be strong and gusty with gales in western and northern coastal areas. Day time temperatures will be between 4 and 7 degrees. There'll be frost in places at night.

Wednesday will continue cold. After a mainly dry start, a band of heavy rain will spread from the west, possibly falling as sleet for a time. It will be accompanied by strong southwest winds. Later the rain will clear. Showers will follow and winds will gradually ease. Highest temperatures of 5 to 8 degrees.

Thursday will bring a mix of sunshine and showers. Highest temperature of 6 to 9 degrees with Moderate northwest breezes.

The latter part of next week will continue unsettled with rain at times. It will become milder.