Think before throwing snowballs at cars, cyclists and pedestrians 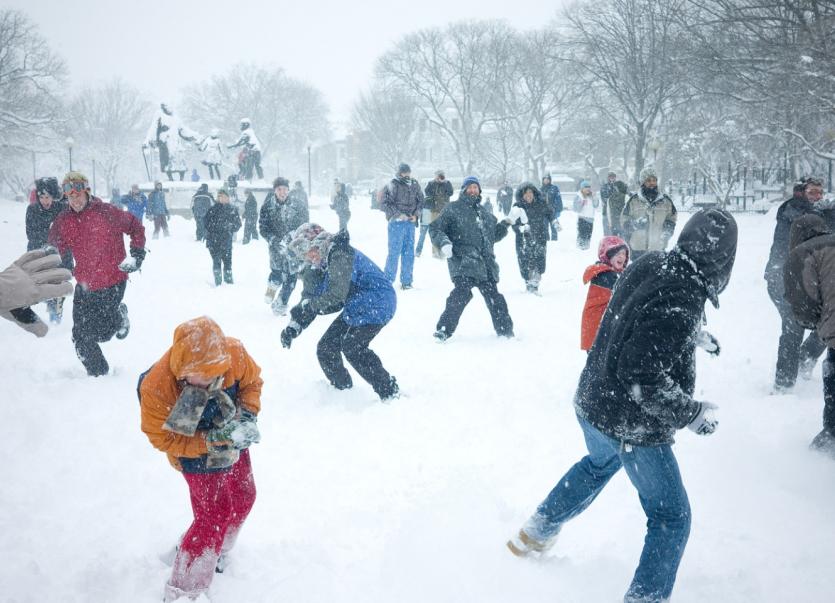 It is understandable that people want to have fun in snow and icy conditions, but the Road Safety Authority says it is important that people think about the consequences of their actions.

The RSA says that, in particular, parents and guardians should sit down with their children, before going out in the snow and having fun, to inform them about the dangers they may face.

For example parents should make sure their children don’t skate or slide on or near roads.

With roads in a treacherous condition the last thing anyone wants to see happen is a moment of fun to turn to tragedy, with a child sliding under the path of a vehicle.

Parents should also to speak to their children about the risks of throwing snowballs at passing motorists, cyclists, motorcyclists and especially older pedestrians. While not trying to be spoil sports it is important to remind people not to throw snowballs at road users, as they brave treacherous conditions. It is a very serious issue which could cause a crash.

For example throwing snowballs, which could contain compacted ice or small amounts of stone and grit, at vehicles could distract or impair a driver’s view and cause a collision. There is also a danger that if a snowball went through a moving vehicle’s open window it could put someone's life in danger.

Motorists are advised to never to stop their vehicle to confront snowball throwers, as stopping their vehicle may create an unsafe situation.

Instead they should report the matter to An Garda Síochana at a safe opportunity.

The RSA would also appeal to people, especially drivers, not to venture out on to frozen lakes and ponds. While it may seem like fun they are not playgrounds and such people are taking their lives in the hands.

The RSA has prepared a helpful guide ‘Severe Weather Advice for Road Users’ which you can download from the RSA’s website.

It has lots more useful advice on dealing with the difficult road conditions in all kinds of severe weather.