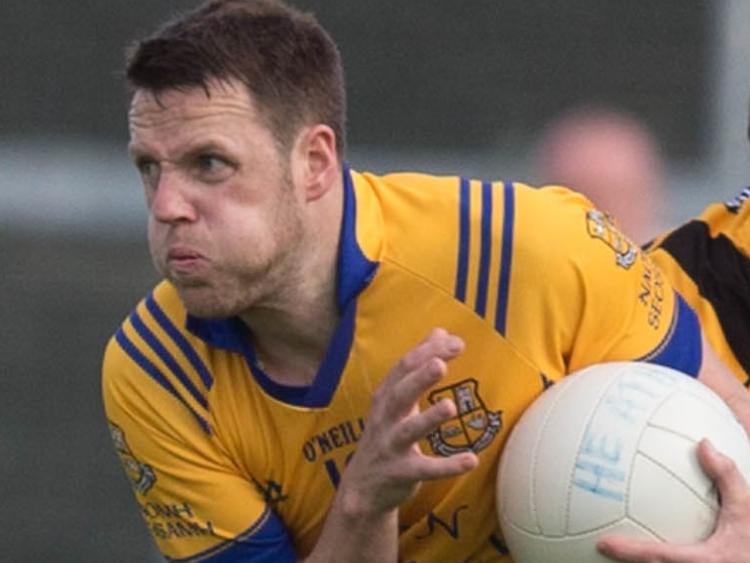 A memorial run/walk will take place this June Bank Holiday weekend in honour of the late Liam Kealy, with all money raised going to a worthy cause.

Family and friends of well-known Liam Kealy from Ballyadams have organised a 5km/10km walk/run which will kick off from Ballylinan Clubhouse.

The fundraising event will be held on Sunday, June 3 marking Liam’s first birthday away from his family and friends.

A local committee of Liam’s friends and family including his wife Ashling and her family have organised a fundraising walk/run to raise funds for Mallow Search and Rescue in Cork. The voluntary rescue team recovered Liam’s body from the River Lee on January 21 this year, after a night out with friends.

Gillian Whelan is one the organisers of the event.

“We are a bunch of Liam’s friends and family, we wanted to do something to mark his first birthday not with us and raise funds for Mallow Search and Rescue.

“We are all massively grateful as they brought that tragic weekend to a conclusion. We want to show our gratitude,” she said.

The 5km route will be a village route while the 10km will go out the Carlow Road.

“We have made a massive effort as we hope it will be an annual thing. There will be water stations, food and refreshments afterwards and Christy Bannon will be MC on the day.

“We are expecting a really big turnout.

Te organisers have put huge effort into the memorial and there will be trophies for the top three females and males in the 10km race.

“Liam was a young man, he should be 35, he had a young wife Ashling and a 13 year old daughter Shauna. It was such a tragedy losing him so young. We are doing this so his family can see how important he was in the community and how sadly missed he is by so many people,” Gillian said.

Liam is deeply missed by his parents Tom and Margaret Kealy, sister Elizabeth and brother Denis.

An online GoFundMe account has been set up for anyone who cannot make it to the fundraiser on the day but still wishes to make a donation.

The online fundraiser has already received over €1,900 for Mallow Search and Rescue. Follow the memorial run event on Facebook here. 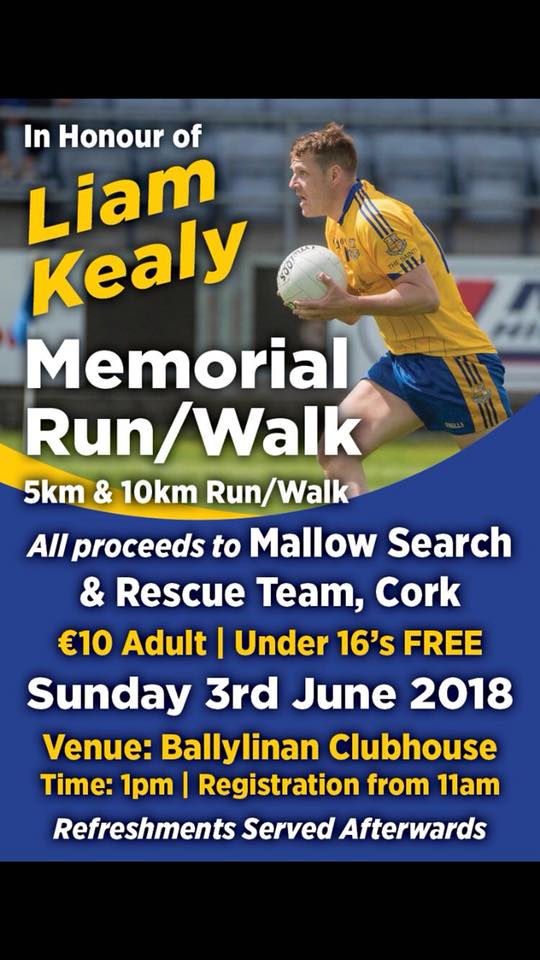 A memorial game in honour of the former St Joseph's GAA player took place in Kellyville recently with a huge crowd turning up for the occasion.

St Joseph's took on an Irish Prison Service/LMC selection, which featured more than a few local faces, as they all came together to pay tribute to their former team mate and work colleague.