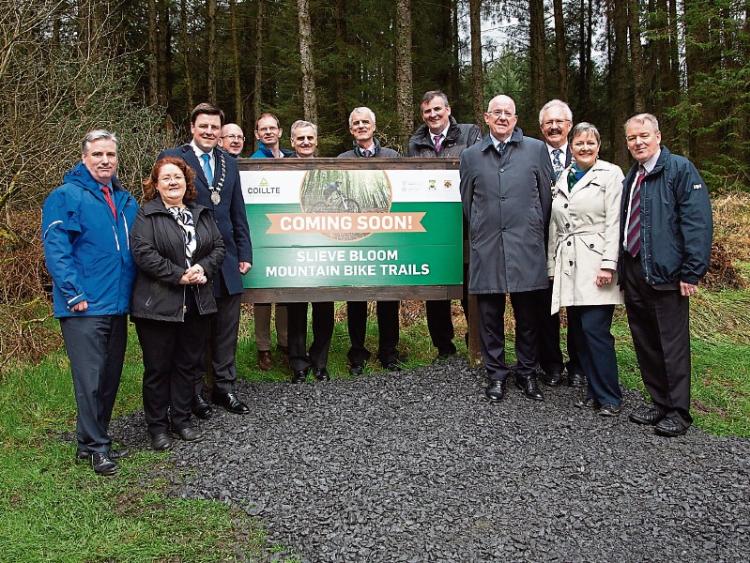 Laois being left out of Fáilte Ireland’s Hidden Heartlands promotion of the Irish midlands to tourists, has received sharp criticism from Laois county councillors.

Fáilte Ireland was asked to explain “why Laois has been left out of the new Fáilte Tourism Plan for the midlands” in a motion tabled by Cllr Catherine Fitzgerald.

“We are like nobody’s child for Fáilte Ireland and for the regional spatial strategy. We’re the only county in Ireland that doesn’t touch a county that touches the sea. If that’s not the midlands I don’t know what is,” she said.

The Portlaoise Fianna Fáil Cllr was disappointed at the reply from Laois County Council, which said that Laois is most suited to the Ancient East marketing brand.

“This offers much potential as opposed to a brand based on the central waterway,” the Director of Services Donal Brennan said.

Cllr Fitzgerald said she was also disappointed that Fáilte Ireland did not attend the sod turning of the Slieve Bloom Mountain Bike Trails, and praised Minister Charlie Flanagan for his message reminding Fáilte Ireland that Laois is in the midlands.

“I’m very disappointed as a public representative in Fáilte Ireland,” she said.

Laois also loses out in the midlands regional spatial and economic strategy she said.

“We’ve been told that in our region, Athlone is the centre for growth. We should send a very strong message that Laois is in the midlands,” she said.

Her motion was jointly seconded by Cllr Caroline Dwane Stanley, and Cllr Brendan Phelan. Cllr Stanley confirmed that Fáilte Ireland was not at the bike launch.

“What the Minister said was not even enough. Boxer Moran clearly has Athlone on the map,” she said.

Cllr Dwane Stanley said she was advised by a Fáilte Ireland rep at the Laois Tourism Strategy launch in Castle Durrow last February.

“He said we need to align ourselves with Kildare. We are in nobody’s land,” she said.

Cllr Phelan said it is “known that Laois receives no money for tourism”.

“We won’t be entertained if we apply, as it doesn’t come under the Midlands regional funding. We were always told that Athlone was the third level educational centre for Laois. We are just abandoned as regards regional funding and support. Ireland’s Ancient East, how far does that go, Jerusaleum?” he said.

Mr Brennan denied that the council’s reply was on behalf of Fáilte Ireland. He said the Hidden Heartlands focused on the Shannon river.

“The confusion arises from the word 'midlands' in their press release, maybe that was unfortunate terminology," the council's director of services said.