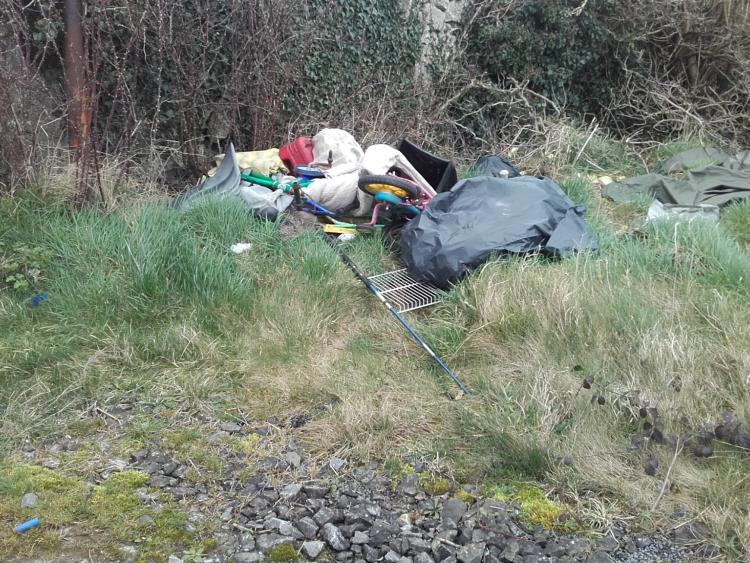 Dumping in the Laois countryside.

The local authority in Laois has likened itself to the MI5 spy agency, in its hunt to track down and fine illegal dumpers.

The council has three litter wardens bolstered by a litter waste team of four people, and new technology including cameras and drones is being added to to combat dumping.

Senior Engineer Orla Barrett in the Environment section, said at the May council meeting that “we are like M15”.
“We can track you down and we will fine you,” she said.

One bogus waste contractor has been caught and fined €2,500 she said.

Another dumper in Portarlington opted to clear waste they dumped rather than face the 'name and shame' of a public court. They would have spent about €10,000 to clean up their mess Ms Barrett estimated.

She said the public are on board in the battle.

“The public is really helping us now where they didn't before and we encourage that,” Ms Barrett said.

She urged the public not to leave boxes or bags at bring banks as this incurs a €150 fine, with cameras often posted at the bottle banks to catch offenders.

She also reminded the public that it is free to leave old electrical items in Kyletalesha landfill.

"To see dumped fridges is shocking," the engineer said.

The council is using hidden wildlife cameras on a rota around Laois at litter blackspots to record dumpers in action. Aerial drones are also being used, with more equipment being bought this year.

From January to April this year, 76 tonnes of illegally dumped waste were cleaned by the council across Laois.

Another 48 tonnes were collected during Clean-Up Laois week in April, with 150 community groups out helping to bag up litter and waste thrown in the countryside.

A Litter Management Plan for 2018 to 2020 was approved by councillors at the meeting on Monday May 28.

New Waste Management Bye-laws 2018 were also approved, with penalties for homeowners who are not using bin companies, or not segregating and binning their waste properly.

There is a fixed payment notice of €75 for any person breaking the laws. If that goes unpaid after 21 days, they face prosecution, and a fine of no more than €2,500. If the offender continues to break the bye-laws, they can be fined €500 per day.

The new laws will apply to both household and commercial waste. They include laws against putting recyclables into residential waste bins.