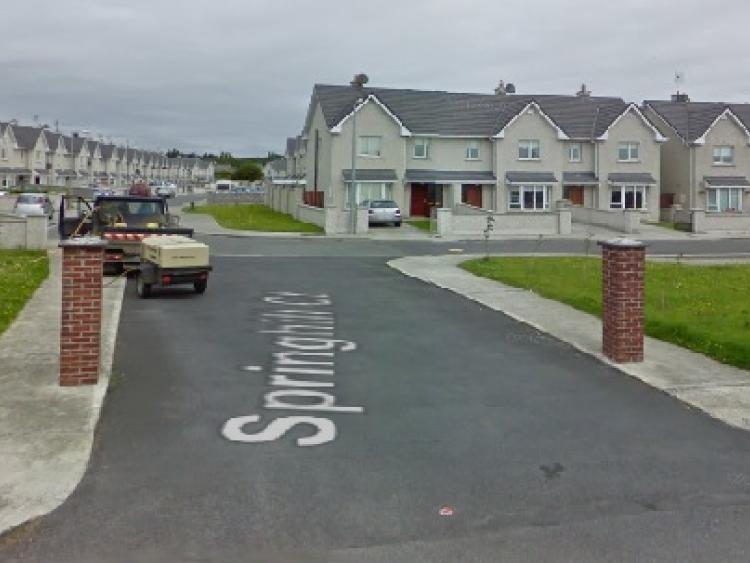 Laois and Carlow councils need somebody to get 'off their ass' over a housing estate in Graigucullen which has been in limbo for nearly seven years, according to a Laois councillor.

An update why Springhill Court has not been finished off by Carlow County Council so it can be taken on by Laois authorities was sought at a recent Graiguecullen Portarlington Laois Municipal District meeting.

Cllr Aidan Mullins said was not satisfied with the reply that Laois County Council’s Building Control Officer is liaising with Carlow to commence the taking in charge process.

“You’d think that was good news, but in late 2011 Carlow agreed to make a ‘taking-in-charge’ submission, they are six years liaising, and here we are today still liaising.

"All there is between them is ‘as constructed’ drawings. Someone is sitting on the fence, it seems someone here is not getting off their ass. I’d like to know what is the delay,” Cllr Mullins said.

There are about 50 homes in the estate, built by Carlow Co-operative Housing Ltd, he claimed.

“I can’t understand if Carlow County Council arranged for these to be built, you’d think they’d at least sort out issues. The houses in the front row have water draining into sewerage pipes, some people are in dire circumstances with sewerage in their backyards. I hope in 2018 it might finally be sorted,” said Cllr Fleming.

Laois Director of Services for Housing Gerry Murphy promised to find out more.

“I will see where the hold-up is, and I’ll get an update,” he said.