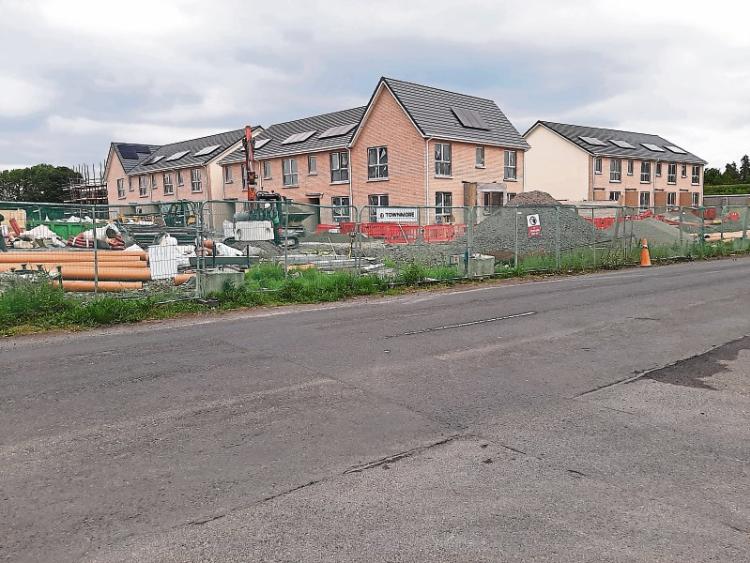 Construction has resumed at four building sites for 30 council houses in Laois, while plans are proceeding for 132 more homes at 11 other sites.

In all 162 new homes will be built for people on the council’s housing list over the coming two years. Works resumed after Phase I of Covid-19 road map on May 18.

Builders are back in action at Ballymorris, Portarlington where 22 houses are underway. They are back on a site for six houses at Shannon Street, Mountrath, and also at Hillview Portlaoise where two houses are being built.

In Mountmellick at Harbour Court a site investigation and the completion of fencing resumed to build six new houses.

Paperwork continued during Covid-19 on other sites. In Portlaoise 24 homes are at varied stages of planning.

A single stage planning application for four homes at Oak Park halting site was sent to the Department of Housing in April and is still awaiting approval.

The 22 houses planned for Sean Doire, Durrow will go out for tenders this month. The 26 for Carraig Glas in Stradbally will have a Stage 2 application submitted to the department in July.

In Errill 14 houses are planned at St Kieran’s Park. A Stage 3 application was sent to the department in April. Tenders are sought to reroute overhead lines.

In Ballyroan where 10 houses will be built at Gleann na Glaise, 14 tenders were received and are being evaluated before a Stage 4 application goes to the department for approval to appoint a builder.

The 10 new houses for Pattison’s Estate in Mountmellick attracted 10 construction tenders which the council is now evaluating.

In Rathdowney, six houses at Moore Street are at Stage 4 awaiting approval on a new tenderer and at Mooreville, seven are at Stage 2.

Finally one house in Coolroe, Ballybrittas got single stage approval in April. Site transfer is ongoing. Details are to be approved by councillors as a Part 8 plan.

The schemes are all part of the Government’s Rebuilding Ireland construction program. The four stages each require approval from the Department of Housing. Stage 1 approves funding, Stage 2 checks pre-planning, cost and value for money, procurement and design. Stage 3 assesses pre-tender designs and Stage 4 approves the builder chosen by the local authority. The department says planning takes on average 18 months if no delays.