'If you can't make a living, where's the future?' - young Laois farmer 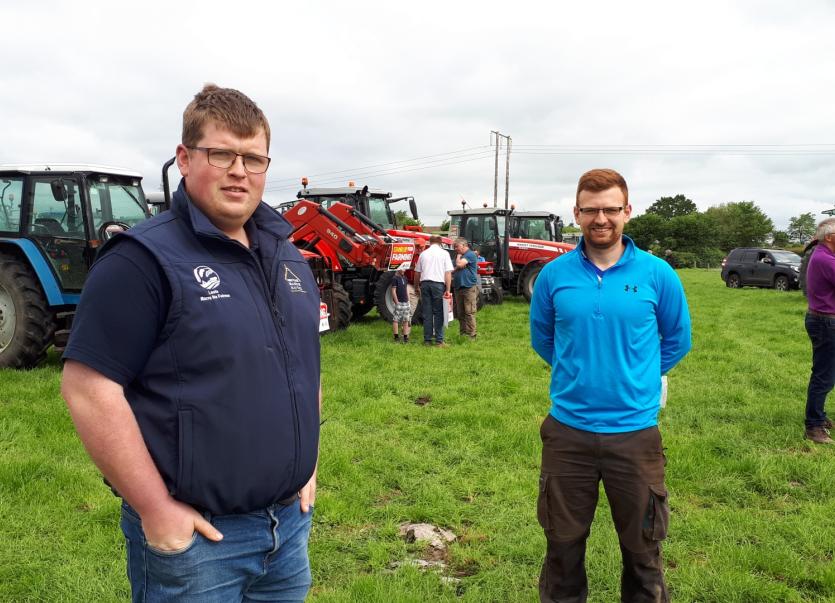 Among them was Liam Brophy, 25 who has spent years studying to be a farmer and wants it to be his lifetime's work.

He studied agriculture and dairy farm management and worked on farms in different countries before returning to work with his father on their Vicarstown farm.

“I was brought up with it. It’s what you know. I’ve worked on farms in different countries. There’s a good lifestyle to be had but you have to be able to make money at what you’re doing.

“I want to see money being fairly distributed to productive farmers and farm families.

“Up to last year we were dry stock farmers, beef, sheep, tillage, a totally mixed farm. The changeover to dairy has been on financial grounds. A massive part of sustainability is financial sustainability. If you can’t make a living, where’s the future?”

He does see a future in farming for him, and one that cares for the environment.

“I imagine the future as grass based farming, making use of all the best technologies to make a living and farm in an environmentally sustainable way.

“There are costs to changing to sustainable environmental methods  but farmers are spending. There’s been hedgerows planted at home, we are part of the GLAS scheme. If we get a chance, we are going to do our best.

“There’s no one any closer to the environment than farmers. It’s us that’s going to suffer if things go wrong like droughts.

“There’s 300,000 people directly employed in agriculture in rural Ireland. Yes the CAP goes directly to farmers but if it’s taken out it’s a massive loss to the rural economy," Liam Brophy said.

Read also: CAP cuts will 'destroy agriculture and all associated with it' - Laois farmer

The European Union Common Agricultural Policy (CAP) gives a payment per hectare of farming land, to supplement incomes and support rural development. It is reformed every seven years and is under discussion now again.

The Climate Action Bill, currently going through the Dáil, commits the State to halving carbon emissions by 2030 and reaching net-zero emissions by 2050 in law and also proposes five-year carbon budgets set by Government.