Adjacent family home gets the goahead 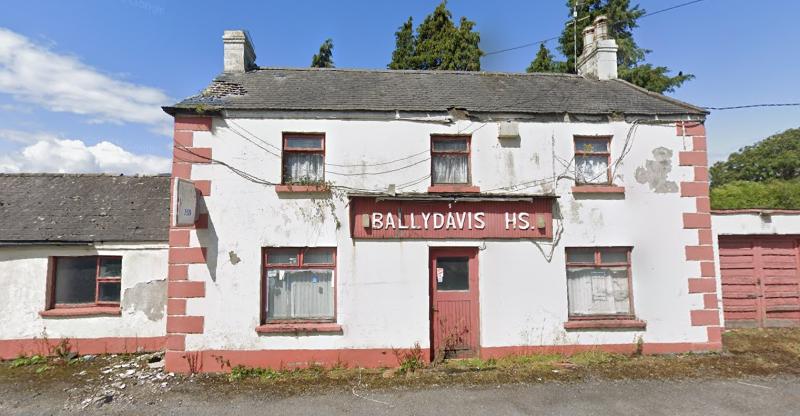 A badly run-down but landmark building on The Heath has been saved from the wrecking ball after Laois County Council said it is part of the 'vernacular' of the community and its removal would be 'unacceptable'.

County Hall's planners have given the green light, with conditions, to local couple Kieran and Fiona Hyland to build a new home on a site beside Ballydavis House which is near The Heath National School.

As part of building a new two storey home, the applicants sought permission earlier in 2021 year to demolish the former commercial and residential premises with attached garage. They did not intend to build on the footprint of the building when knocked.

During the planning process, Laois County Council sought further information from the applicants. This was the result of a planner's report which said that demolition would be "concerning and unacceptable". The report said the new house could be accommodated without the need to knock the existing buildings.

Planners said the old premises was part of the "vernacular architecture of The Heath for generations".

They added that vernacular architecture is an "expression of the culture of the community which forms a vital component of the landscape".

Engineers acting for the applicants replied.

"The applicants recognised that Ballydavis House reflects the local history and character of this location, but the council has served a dereliction order on the building. The applicants have looked at every option but they cannot justify the expense to renovate and render the building safe," said their report.

The reply said that it would be an ideal location for a post office and shop in the past.

"It is now completely redundant in this modern age and while it has served the community well in its heyday when people had no means of travelling to the local town except on foot, or by horse and cart or even by bicylce.

"It makes no sense to develop this premises on the side of the road and in the corner of the site leaving the remaining part virtually unused," said the reply.

However, they said they would comply with the council's wishes.

"The applicants are willing to comply with your wishes to leave this building as it is and goahead with the proposed development of a new family home on the site with a new entrance onto the adjacent link road," said the reply.

Laois County Council granted permission for the new house but with 15 conditions one of which related to the demolition proposal.

"The existing commercial / residential premises (Ballydavis House) shall be retained/maintained on-site and shall not be demolished. It shall be maintained in a reasonable state of repair so as to prevent dilapidation," said the condition.

The building had previously been run as a shop and a pub but has not traded for a number of years.