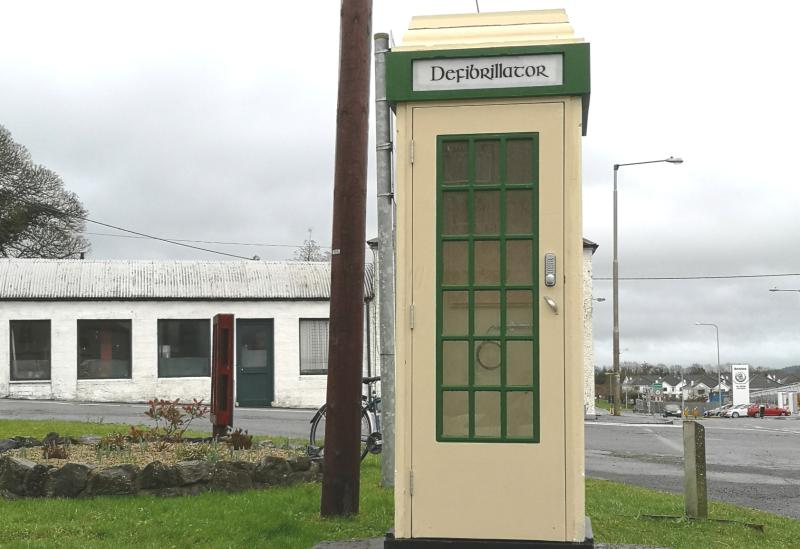 A defibrillator similar to the device used to save the life of Christian Eriksen is sitting idle in Laois because of a power connection delay.

Cllr Paschal McEvoy has called for the obstacles to commissioning the defibrillator to be installed at the old public telephone kiosk in Ballybrittas as soon as possible.

He said he had been given a commitment in late 2020 that the Laois County Council would arrange a power connection to box in the village on the old Dublin Road and just off the M7 motorway.

He said the local community had put a lot of planning and money into the project.

“The group has put an awful lot of energy and money into financing this project - in the region of €5,000 and now they find that they cannot connect the defibrillator,” he said.

Cllr McEvoy added that he believed an issue relating to an electricity meter had arisen.

He said the importance of the devices had been seen recently when the life of Denmark soccer star Christian Eriksen was saved by such a device at Euro2021.

“We saw the value of the defibrillator at the European championships,” he said.

He urged that the issue be sorted out by Laois County Council.

Cllr McEvoy said he was willing to work with Cllr PJ Kelly to provide discretionary funding to connect the device to the power supply if needed.

Philip McVeigh, Senior Executive Engineer, committed to following up on the matter.