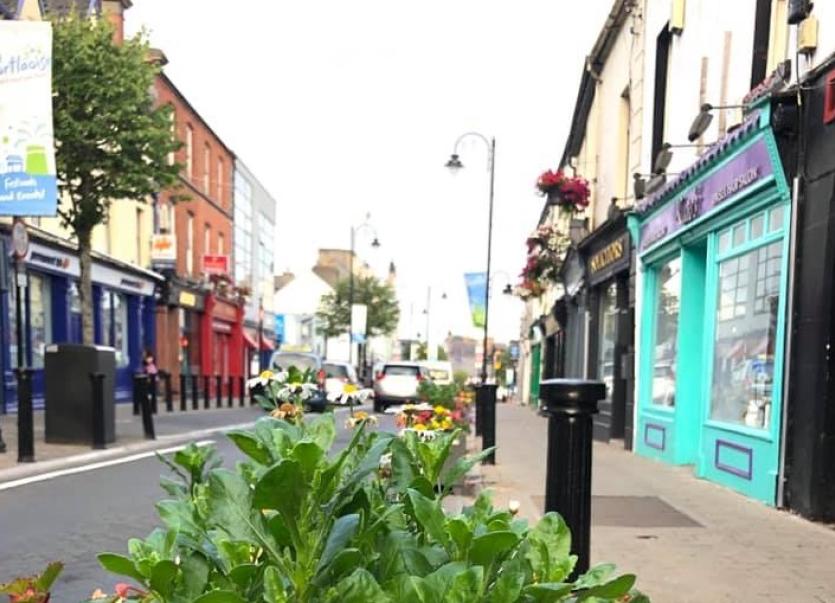 Portlaoise Main Street could end up littered with rubbish from outdoor dining and drinking if extra bins are not provided by the council, local councillors have warned.

They have requested extra bins this summer for the Laois capital town which is near the top of the national IBAL Litter League for cleanliness.

Laois County Council has said however that it is up to the hostelries offering drink and food to keep the streets clean.

“The majority of outdoor dining facilities in Portlaoise town centre will be managed by each of the respective hostelries. As such it is the responsibility of each hostelry to ensure that that litter arising from their  outdoor dining activities are collected regularly and not allowed into the adjoining public space.

They say they will have students employed over summer to clean up too.

“Laois County Council will have a number of Summer Students employed in the coming weeks to assist with managing environmental and litter works in the town centre also.

“I’m not happy with that. We need to install a couple of extra bins. I know people put domestic waste into them but we can combat that. We have to step up and help businesses after encouraging them to offer outdoors dining,” she said.

She suggests putting out metal holders for bin bags.

“I’m not suggesting a fortune”.

She tabled a motion to the June meeting of Portlaoise Municipal District, asking for extra council bins in Portlaoise Town Centre for the extra rubbish from outdoor dining and take away customers.

Cllr Willie Aird said people are “very annoyed” at the lack of bins.

“There has to be a bit of common sense here. The council has had 72 applications from businesses for outdoor dining grants, with 46 approved and given €184,000. Doesn’t that tell you there’ll be a huge change in Portlaoise over the next couple of weeks? It’s a no brainer not to have extra bins. We will have a hell of a lot more litter.

“If you say it’s the responsibility of a business, that’s not going to happen . People won’t confine themselves to standing in one spot outside the bar or takeaway if they see see Tommy or Mary down the road.

“Just consider the people living on Main Street. We have spent a lot of money encouraging people to come back to live on it, and then when a big change like this comes we must respect those people as well. If the seven public reps want extra bins then even on a trial basis you should provide them,” Cllr Aird said.

The area engineer Wes Wilkinson said he would reconsider.

“I’m not going to fight with anybody. We hold our IBAL litter free status dearly. Where there is a gap in bins deployed and additional funding comes in, I’ll consider it,” he said.

Cllr Catherine Fitzgerald adds that people should not put their household rubbish in public bins as is the law.

“I’d ask people to be civic minded as well and not to use bins for their own domestic rubbish. With all the money we spent making Portlaoise beautiful, to to see the whole place littered on a Monday morning would be defeating the wh9ole purpose,” she said.

“You’ve seen the scenes in Dublin and the mess left. That any member of Tidy towns would have to clean up is a disgrace. We do need extra bins but as a temporary measure until dining is back inside,” she said.