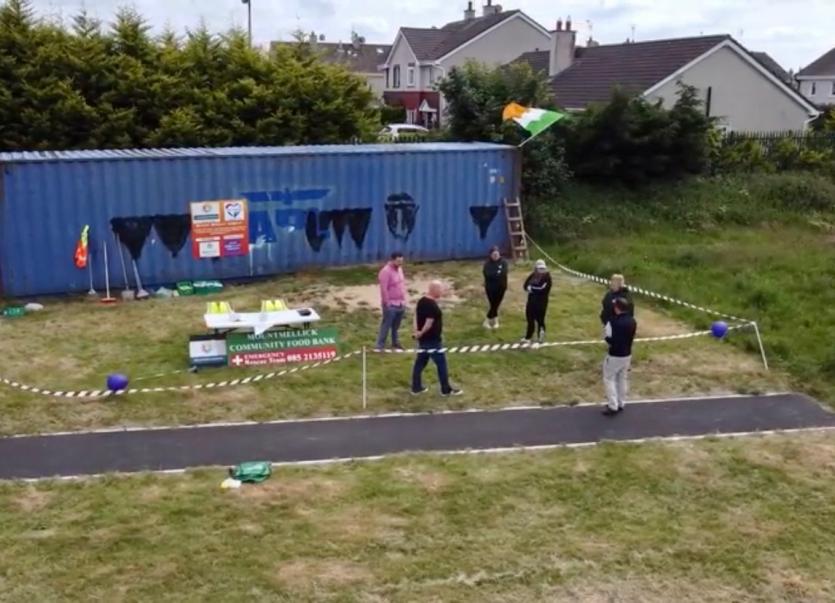 Work has begun on Smiths Field

Mountmellick Central Hub have announced their plans to rejuvenate Smith’s field which they say is being done with local authorities and clubs and funded through public fundraising.

The group’s co-founder Jason McInerney said the project consists of the cleaning of the grounds and the revamping of the pitch. It will also include the resurfacing of the walking track.

“This project is by and for the people of Mountmellick; it’s a community-built project. It is about giving the grounds back to the youth in the future and to ensure the sustainability of the grounds in the future,” said Jason.

The motto for the project is “Dream, Believe, Achieve”.

So far, the group have stuck to a ‘skeleton group’ in adherence of Covid-19 restrictions.

Mountmellick Central Hub is appealing to the public for volunteers.

“It’s a big ask for us and we can’t do it alone, we need everyone’s support to get there,” said Jason.

“It’ll be a few years before we can get to where we want to be, but we know we can with the right people on board.  We’re looking for people with a few spare hours to help with the clearing of rubbish, and we’re looking for artists to help spray paint a storage container on site,” he said.

The group have received the help of 40 young volunteers in removing rubbish and glass from the grounds, yet there is still more work to be done.

“The grounds have become a centre for anti-social behaviour which has been a nightmare for local residents...We can’t have children playing on broken glass- we want to rejuvenate the grounds and keep it maintained for years to come,” said Jason.

He continued: “Mountmellick needs this now more than ever, we want it to be there for young and old.”

Established in September 2020, the Mountmellick Central Hub currently run a youth club and a food bank. The group have said that they are looking forward to holding the Boglands Festival in 2022.

The project is sponsored by McElwee Total Health Pharmacies. WATCH VIDEO BELOW LINK.