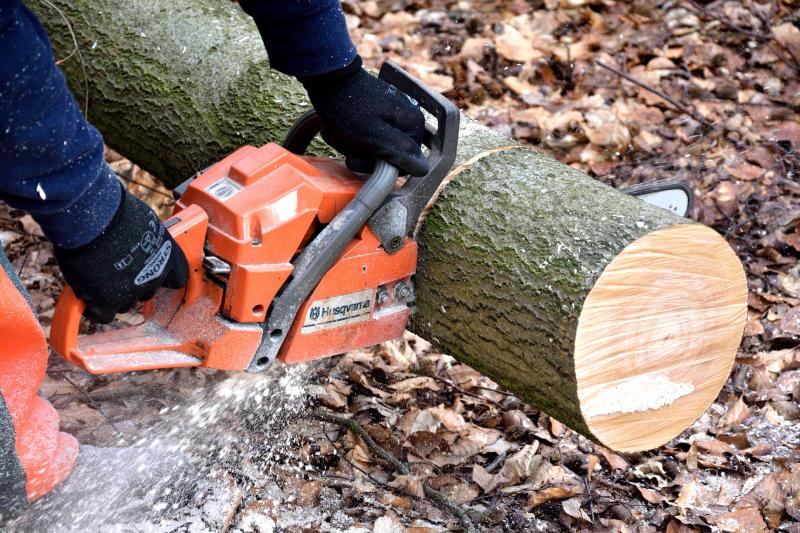 Councillors want the chainsaws out sharpish

Dangerous trees must be felled, councillors have insisted, after the lack of action to cut down a 'lethal' tree was highlighted by a public representative at a recent meeting with council officials where the higher risk of trees falling after a heatwave was flagged.

The agreement emerged after Cllr Seamus McDonald, Fianna Fáil, called on Laois County Council to remove a dangerous tree at Rosenallis Graveyard. He tabled a motion at the latest Borris in Ossory/ Mountmellick Municipal District meeting.

Mr. James Dunne, Assistant Engineer in the council, replied that Laois County Council will arrange to meet the Elected Member at the site to assess the impact of the trees at this location.

However, this was not sufficent for most of the councillors who want action more than meetings.

"It needs to be done, we have a policy of removing dangerous trees, there were some dangerous trees in Mountmellick but we received the funding we needed to carry out works there," he said.

"This tree is lethal and needs to be done."

Rathdowney-based Cllr John King, Fine Gael, expressed his frustration and highlighted there are problems in his own neck of the woods.

"I want to make reference to the notice of motion I had last month involving the removal of trees by the river in Rathdowney," he said.

"We have to be seen as a council who have power to make the landowner remove the trees. There's nothing as bad as putting forward a notice of motion and seeing nothing done with it.

"We have to take a stand because there shouldn't be dangerous trees in places like graveyards where people go to visit their loved ones, they're twice as dangerous here," said Cllr King.

"We have to increase our powers to make sure that if the landowners won't do it, that Laois County Council will do it.

"It's no good when a tree falls on someone. After a heatwave the soil dries up, then the heavy wind and rain that follows will knock the tree. We have to protect the people, that's our role as councillors," Cllr King concluded.

Cllr Ollie Clooney, Indpendent, agreed with Cllr King at the lack of felling.

"We have been over this and over this, we've said it many times and there doesn't seem to be anything done," he said.

Cllr James Kelly, Independent, concluded the discussion: "We'll be happy if we can get the work done".