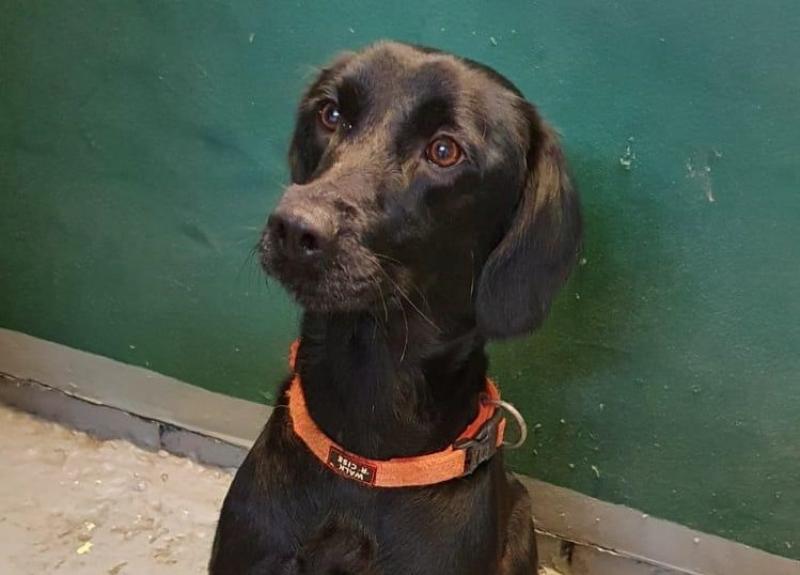 With water restrictions in place in Portlaoise,  one talented Laois dog has a great trick she can do to prevent water wastage.

Penny is a two year old springer labrador cross who has been specially trained to actually sniff out water leaks as she walks along the roads.

She is owned by Borris-in-Ossory brothers Kevin and Noel Flanagan, with Noel (below) being her trainer and minder. 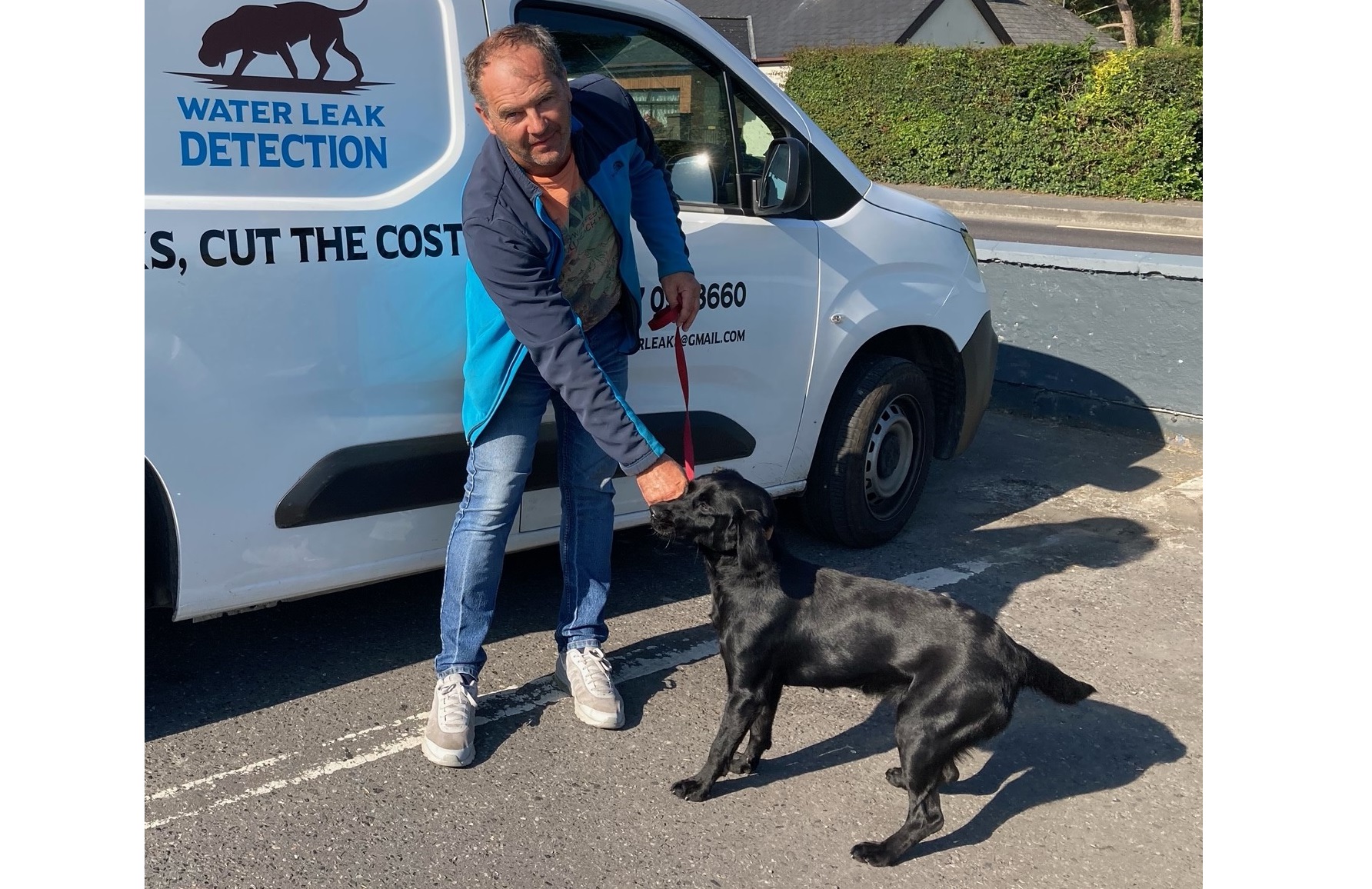 Penny detects leaks by smelling the chlorine which is added to public water to kill bacteria. She can sniff it by just walking along the road above watermains pipes, and she can do it far quicker and therefore cheaper than just by using detection equipment.

"As proof we listen with our apparatus as well. She found a massive leak in Durrow, within 20 or 30 minutes. It can take a week or two sometimes to find a leak along miles of water systems. You can't listen for it if cars are passing so it is often done at night," Kevin told the Leinster Express. 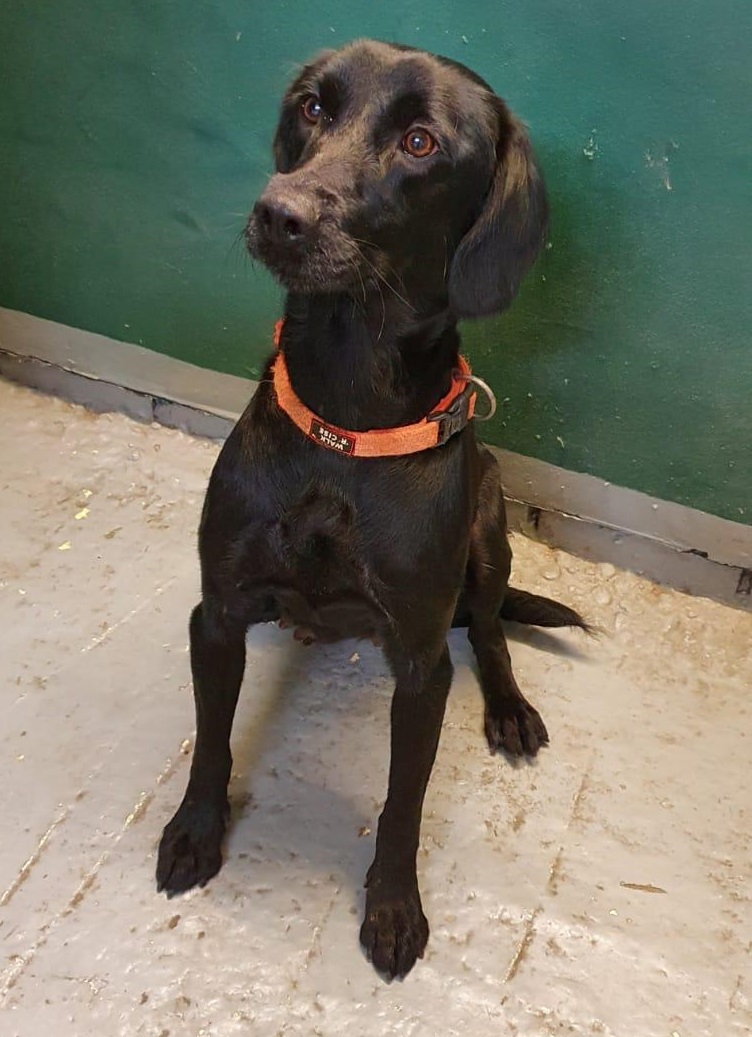 Kevin who owns a road drainage business, told the Leinster Express that he has high hopes for Penney, who is one of only two working water leak detection dogs in Ireland.

"We have her for six or seven months only, she is young and still training but doing her job better and better."

He invested €9,000 to buy Penny and train her to follow Noel's commands, and is confident of a return as her reputation for sniffing out leaks grows.

Below: Penny after her big find in Durrow. 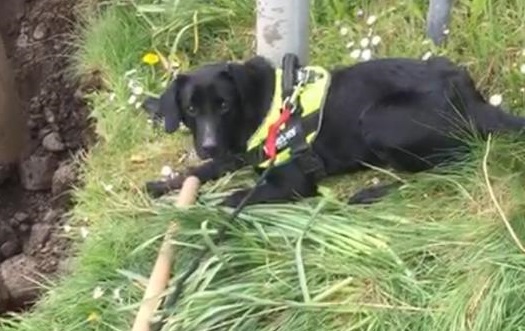 "We do a lot of work for group water schemes in Laois. Leaks are in the system all over Ireland, losing millions of gallons," he said.

Penny is well looked after too he said.

"She has her own van, her own vet, lots of rests, top notch. She is very bubbly and very dedicated to Noel. She gets the best of everything, she will be one of my top employees over the next year," Kevin Flanagan said. 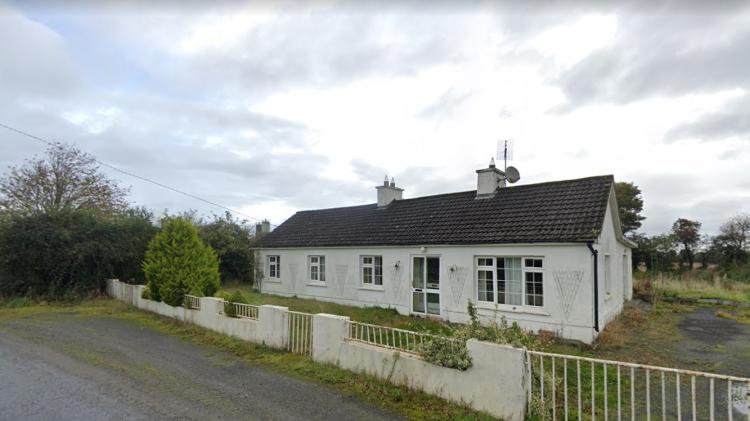