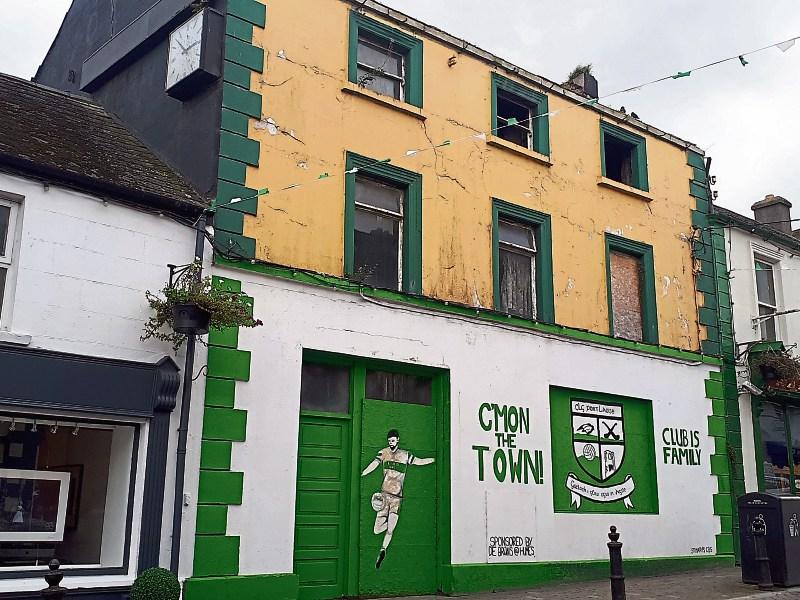 A severe response is needed to tackle wealthy property owners who allow buildings in Laois to fall into dereliction, according to a county councillor.

Cllr John King, Fine Gael, called for decisive action when he raised the issue with Laois County Council officials at a recent meeting where funding to upgrade buildings and support business was discussed.

“We have to be more severe on people that own properties in our towns and villages and may not live in the county,” he said.
He said there was no reason why some owners allowed buildings to decay.

“I don’t mind if people haven’t got the money but we find that some people who own properties are very well off,” he said.

He said the council should support the upgrade of premises but the support of owners is needed.

"Dereliction is a blight on all our towns and villages," he said.

The Durrow councillor said he is aware of buildings in his own town.

"We have a couple of them in Durrow and would like to see the back of them as soon as possible," he said.

He made the comments at the recent Borris-in-Ossory Mountmellick Municipal District meeting where councillors welcomed the recent street enhancement scheme.

2021/22 scheme gets underway for payments

2021/22 scheme gets underway for payments
ADVERTISEMENT - CONTINUE READING BELOW