School has recently undergone a multi-million expansion and serves Laois, Carlow and Kildare 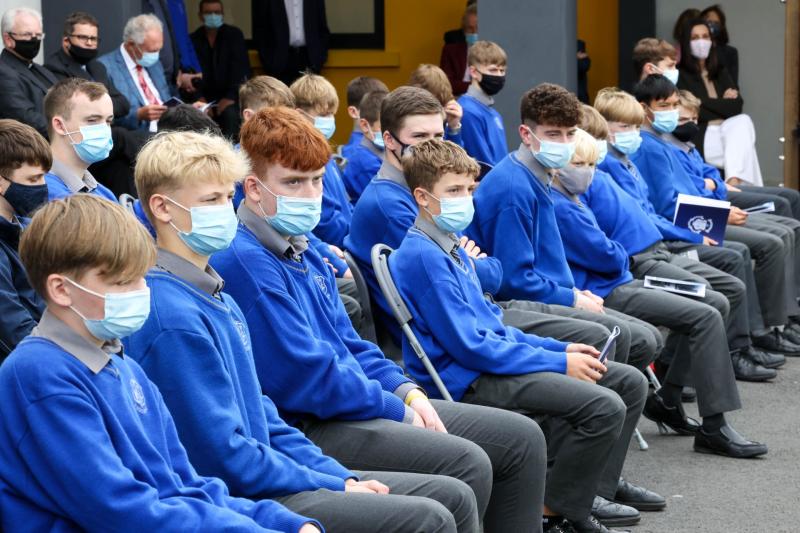 Students at the recent official opening

A big overhaul may be needed on a ‘death trap’ road used by hundreds of parents picking and dropping children from a school that serves Laois, Carlow and Kildare, according to a county councillor.

Cllr Aisling Moran made the call after Cllr Ben Brennan demanded for action to be taken on the road from Carlow and Graiguecullen out to Knockbeg College.

The school has just undergone a multi-million euro expansion and enrolments from the three counties expected to grow rapidly as a result.

But Cllr Brennan believes safety is a big issue.

“I did a count of vehicles on that road. I worked out that up to 300 vehicles use that road within an hour (at peak times) ...it’s a death trap of a road,” he said.

Cllr Brennan made the comments after tabling a motion at a recent Portarlington Graiguecullen Municipal District meeting. He called on Laois County Council to make the road safe from the Sleaty Road roundabout in Graiguecullen.

Cllr Brennan said there is room to add spaces to the side of the road to allow passing bays. The councillor also insisted that the road should be salted during winter.

Cllr Aisling Moran said she had attended the opening of the refurbishment. She said it will men a rise in students which will put more pressure on the road out from Carlow town and Graigucullen.

“There are 500 students at the moment and that will double...The number of cars using that road is only going to increase,” she said.

Given the volume of traffic she suggested a more expansive project.

“Maybe it is time we looked at widening it completely,” she said.

Cllr Padraig Fleming, a past pupil, backed the call and praised what he said has been a "fantastic" expansion.

Philip McVeigh, Senior Executive Engineer responded that the Council has carried out pothole repairs and some hedge cutting has been carried out by landowners along this road in the last week.  He committed to meeting Cllr Brennan on site to consider potential locations for passing bays, given the volume of traffic at peak times and the narrow width of the road.

In Pictures: Next chapter begins for Knockbeg College as new-look school officially opened