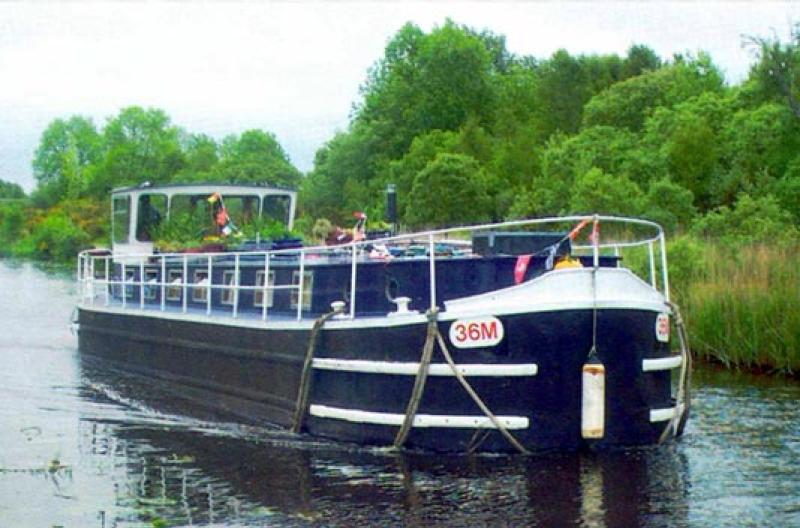 Barges were running aground councillors claimed.

Boats and barges were getting stuck in a Laois canal during the summer because of significantly reduced rainfall according to  Waterways Ireland.

The State rivers, canals and lakes waterways agency issued a response to demands from public representatives for action to be taken on the Grand Canal on the Laois Kildare boarder around Vicarstown.

They have claimed the leaks and blocked feeder channels led to the boats and barges getting stuck finding it almost impossible to navigate the canal because levels dropped by up to two metres.

“The Barrow Line is an artificial water course linking the Grand Canal with the River Barrow and requires water from other sources, including ground water as a result of rainfall, to remain watered. The canal is fed by a number of water sources that also require regular, localised rainfall to continually maintain their flows. They all experienced reduced volumes in summer 2021, as a result of significantly reduced rainfall," it explained.

“Waterways Ireland recognises the role of effective water management in sustaining the wider environment, protecting the amenity and ecological value and complying with its statutory obligations. The supply of water from the feeders is closely monitored and must be shared in a sustainable manner, to achieve a balance between the amenity value of the canal and good environmental practice.

"The effective water management of the reduced feeder flows in 2021 ensured the ecology of the canal and its wider environs was safeguarded, whilst also abstracting the maximum available water for canal amenities. The extended canal infrastructure, including feeder channels, weirs, sluices, and the canal itself are continually monitored. These systems and structures have been in working order throughout 2021 and have not negatively impacted the water levels.

“Waterways Ireland does its utmost to keep waterways-users appraised of the most up-to-date information. Marine notices were issued to inform them of the reduced water levels on the canals. Whilst the navigation remained open throughout the summer season, some larger craft did experience difficulties due to the lower-than-normal water levels.

“Waterways Ireland is committed to managing and maintaining our waterway corridors in a sustainable way so that communities, users and businesses can enjoy them for the long term. As part of a strategic approach to water management in the medium- to long-term, Waterways Ireland is developing a Climate Action Plan to develop projects and processes by which we can adapt to changing climate patterns. The Climate Action Plan is open to public consultation at this time and can be viewed on WaterwaysIreland.org,” it said.

Waterways Ireland says it is the cross-border navigational authority responsible for the management, maintenance, development and promotion of more than 1,000 km of inland navigable waterways, principally for recreational purposes.

"Our remit includes the development and management of recreational infrastructure in and on the waterway corridors; management of boating, ensuring adherence to the bye-laws by vessel owners, and managing the environmental, heritage and archive aspects of the waterways. We have a statutory responsibility to ensure the protection of the water quality of the canals, and the habitats and ecological systems that depend on it," said a statement.

Councillors have asked Laois County Council officials to engage with Waterways Ireland to prevent water levels dropping again. They have said the the canal brings tourists from around the world to Laois which local businesses depend upon.