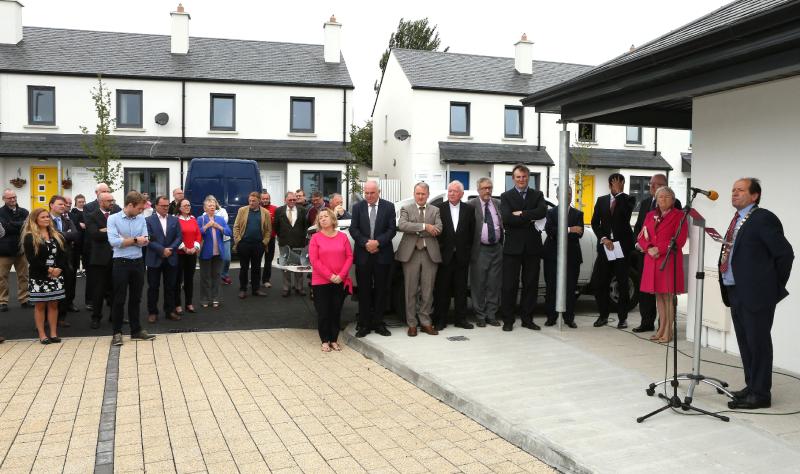 Over €120 million will be spent building new homes for Laois people who are on the council’s housing waiting list, in the coming three years.

The council is planning to spend almost €76.5 million on new houses and repairing old houses for Laois people who cannot afford to buy their own home.

The big spend represents over half of their €146 million budget for capital projects up to 2024.

Of that money, €56.6 million will be spent building new houses.

“This €56.6 million is only for our direct construction programme. There will probably be €120 million on social and perhaps in the years ahead, affordable housing,” he said.

The housing budget will go on building, buying and insulating council houses, with most of the cash covered by Government grants.

Some €5.5 million will be given by the Government to the council to buy up existing houses, including the greater use of Compulsory Purchase Orders to buy up properties or sites that were left vacant and derelict by owners.

A total of €10 million will be spent on doing deep energy retrofits, as the rush to insulate old council homes intensifies due to climate action targets and the rise in energy costs.

That includes €1.9 million to do a deep energy upgrade of the 31 houses in O’Moore Place, Portlaoise that are still owned by Laois County Council.

A further €3.3 million will be spent improving and maintaining council houses over the next three years. The council has over 1,250 houses, some dating back to the 1950’s.

The costs will be met by national housing and climate change grants as well as by using the council’s own income.

The €145.9 million capital programme also includes €19.77 million for climate action projects including flood relief schemes, €16 million for urban regeneration projects in Portlaoise, and €10 million to match funding in co-funding schemes such as the Rural Regeneration and Town & Village renewal schemes.