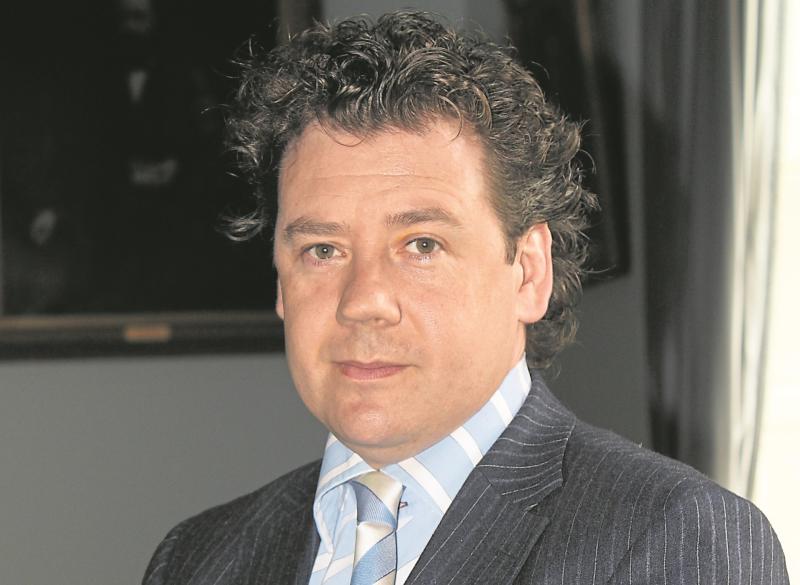 Mr Young, who was 51 and who had battled with an underlying illness for many years, passed away at the Hermitage Clinic in Dublin earlier this week.

Originally from Rosenallis in Laois but living in Wexford for many years, he established i360medical in 2009.

From the Meelick area of Rosenallis, Mr Young was reared by parents, Liam and Margaret. He is the eldest of five - two brothers and two sisters.

His father was a manager at Bord na Móna and mother worked at home. He attended Reary NS and from there to Mountmellick Vocational school and, for a short time, was educated in Balllyfin.

He went to college in Carlow for three years doing Mechanical Engineering and finished in Bolton St DIT.
He began his career with a German engineering company but also worked for Bord na Móna.

Over the last decade the company established itself as a preferred ‘one stop’ supplier of outsourced R & D for a number of global and national healthcare systems and medical technology companies.

Describing Mr Young as a visionary and one of Ireland’s leading healthcare entrepreneurs and innovators, the Chair of the company and interim CEO Bob Mitchell extended his sympathies on behalf of everyone at i360 to Mr Young’s family and friends.

“Derek was the proud founder and driving force behind i360medical. He was a deeply connected, accomplished innovator and leader in the medical device industry but the true legacy he leaves behind is that of a husband, father, and friend.”

“Our thoughts first of all are with Derek’s wife Suzanne, children India, Xavier and Pixie, his family and his wide circle of friends in Wexford, Dublin, New Zealand, the United States, Europe and beyond, on their terrible loss.”

“Derek’s vision for i360medical was to improve patient care and outcomes by firstly identifying and then providing innovative solutions. i360medical is now recognised as a global leader in the medical device innovation sector. As a Board and Management Team we are committed to delivering on the sustainable vision Derek and his colleagues have created and ensuring it continues into the future.”

A named inventor of over 32 patents with commercial success globally, Derek Young was involved in a number of successful European medical device start-up companies including Medtech, Advanced Surgical Concepts and Haptica before spinning into the Royal College of Surgeons (RCSI) in Dublin.

He spearheaded and completed at least a dozen Medical Device Exits with key multi-national healthcare corporations over the last 12 years.