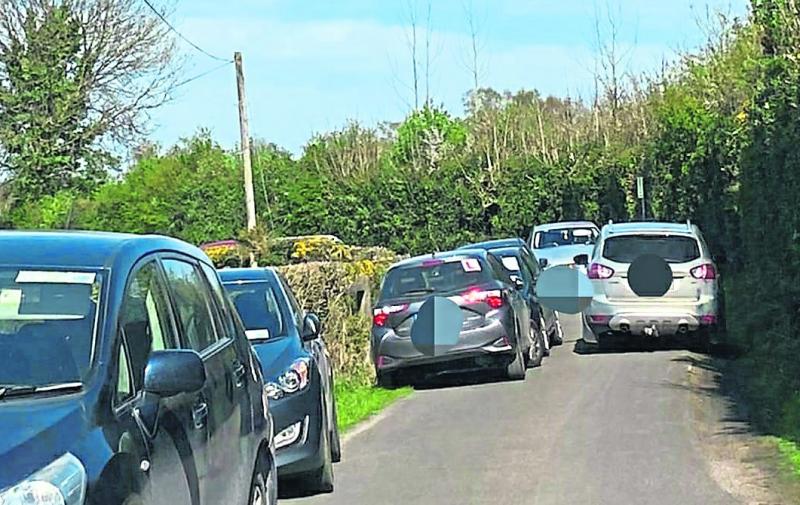 Laois councillors have given a warm welcome to money announced this week to build a big public carpark at one of the top visitor attractions in the Slieve Bloom mountains.

Glenbarrow Waterfall near Rosenallis village became even more popular with walkers since the pandemic hit, but cars parked along the road into it regularly blocked in local residents, and caused great concern for emergency access.

Laois County Council intends to build a second overflow carpark at the crossroads leading to the falls. This week the Department approved their application for funding for €121,518.

Speaking at the November council meeting on the day of the announcement, Cllr Paschal McEvoy said it is "absolutely fantastic".

"There was an ongoing issue there, it is one of our finest amenities. It is great news, long overdue, I am delighted at the amount of funding," he said.

Gem in the Slieve Blooms has a very affordable reserve

Cllr Paddy Bracken from Mountmellick said that they had all made an effort to get the carpark delivered.

"I welcome the money. It is long overdue," he said.

"There was a lady there having huge problems with people parking for the past three or four years. I hope this helps alleviate it. It's getting very popular up there with all the bikers," he said.

"it's been a big issue, visitors have increased with staycations," he said, saying that he had visited the site with Rosenallis Cllr Seamus McDonald and Director of Services Donal Brennan when working to secure the funding.

The €112,518 funding is under the Outdoor Recreation Infrastructure Scheme, supported by the Department of Rural and Community Development in partnership with Fáilte Ireland.