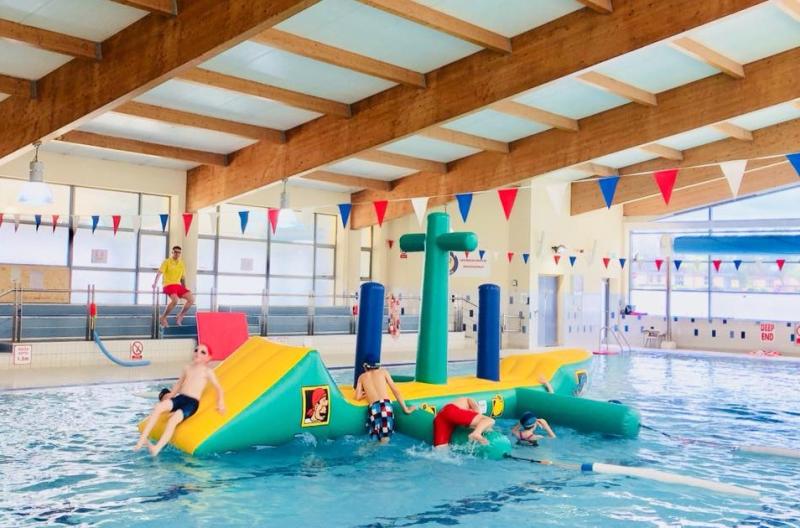 The swimming pool in Portlaoise Leisure Centre, shut since March.

Portlaoise Leisure Centre was promised to open in early November, after an 18 months closure.

However by December 8, an opening date is still not confirmed by Laois County Council, with staff recruitment said to be one of the deciding factors.

The pool is filled and heated, but only the Portlaoise swimming club The Laois Marlins are allowed to use it as yet, booking it for 13 hours a week since November 29 for their training sessions.

Cllr Catherine Fitzgerald tabled a motion to the December meeting of Portlaoise Municipal District asking for an update on the reopening.

A reply from Director of Services Donal Brennan said that the pool is open since November 22 "on a controlled basis" to accommodate the swimming club.

"The further opening of the centre will be controlled by Laois Leisure and will be influenced by the rate of recruitment of staff, as well as market conditions and the availability of suppliers and contracters to complete some aspects of the upgrades".

He said that astroturf pitches are open and can now be individually lit up following lighting upgrades.

Cllr Fitzgerald said that children are losing out on lessons.

"To say I'm disappointed in the response is putting it mildly, I'm really really disappointed. I know things have been difficult in getting contractors but there's actually no answer in this at all. I hope in January I'm asking for a more concrete response.

"On a daily basis I'm being asked by people in the town and actually the county, on progress in the leisure centre. Every swimming pool in the hotels have remained open. It's two years since most children had a swimming lesson in the centre. I want to make sure the leisure centre is ready to go as soon as we get the green light from schools. Only the children that can afford to go to private hotels and pay for lessons are having that. An awful lot of children are missing out," she said.

"We all met there a couple of months ago and had a good look, huge money was put in, they were adament it would be open in six weeks. This is a fantastic facility lying idle," she said.

Cllr Thomasina Connell said she lives beside it and is "aghast" that it is not yet open.

"We need to take this to the chief and management. Someone needs to manage this," she said.

Portlaoise Town Manager Simon Walton has offered to speak to his colleagues, pass on the comments, and ask for another update and clarification.

"We need a response by Monday," said Cllr Noel Tuohy, referring to December 13 and the full council meeting.