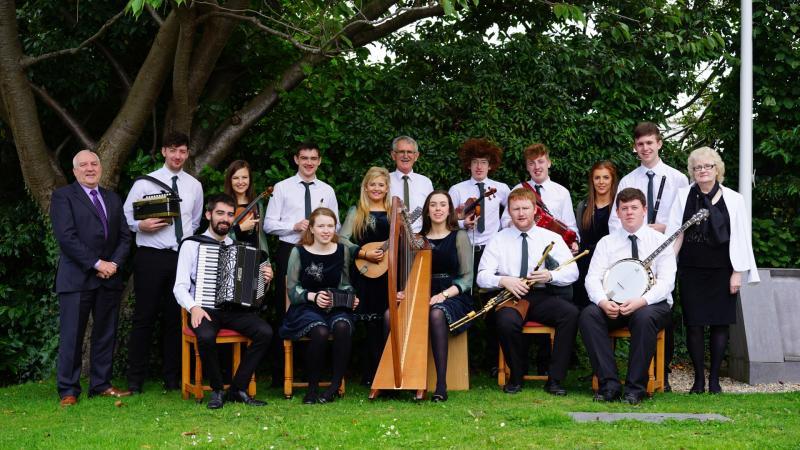 Comhaltas Ceoltóirí Éireann has paid tribute to the late Ashling Murphy as an unforgettable person who was one of the finest exponents of traditional music.

The traditional Irish music organisation, which promotes Irish culture around the world, issued a tribute in the wake of the young Offaly woman's violent death in Tullamore.

The teacher was a member of Ballyboy Comhaltas Branch in Co Offaly. She played fiddle and concertina. She was very active in traditional music circles in County Offaly  participating in Fleadhanna Cheoil at County, Provincial and All Ireland competitions with great success.

"All of us in Comhaltas and the world of Irish traditional music are shocked at the untimely death of Ashling Murphy. She was an exceptionally talented young lady who made an unforgettable impression on all who had the good fortune to know her," it said.

Ashling was selected for her outstanding musical prowess to do the 14 day Comhaltas Concert of Ireland in 2017 and the 10 day Comhaltas  Concert Tour of Britain in 2018  Members invited to be members of these Tour Groups have outstanding proven talent in their area of music, song and dance. Ashling proved herself to be an outstanding team member with great leadership abilities.

She was invited to join the Comhaltas National Folk Orchestra of Ireland in 2017 and continued  to date. This Orchestra  has performed at many national events including the visit of Pope Francis in 2018 of which Ashling was part. Ashling graduated from Mary Immaculate in May 2021 with B.Ed in Primary Education and had just started her primary teaching career in Durrow in September 2021 where she taught  first class.

"Ashling was among the finest exponents of the concertina and fiddle and was also learning the uilleann pipes. She has featured in our Comhaltas Concert Tours and was also a valued member of the Comhaltas National Folk Orchestra of Ireland," said the statment.

Comhaltas said Ashling comes from a very musical family, her father Ray is a well known banjo player and her sister Amy is well known also playing concertina and button accordion. They say both Ashling and Amy taught music to many young students in the local Comhaltas Branch and these students went on to perform as solo artists and also in céili bands and grúpaí cheoil with great success.

"We know that she and her family are at the heart of her local community. She was a much-loved school teacher and had so much to offer in so many ways," said the national movement. MORE BELOW PICTURE. 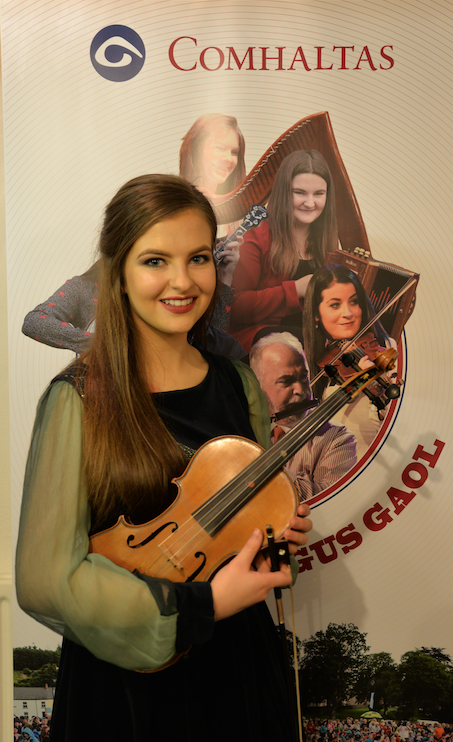 "She exhibited great leadership qualities and was a fabulous mentor and role model to students both in her professional career as a teacher and her music teaching in the Offaly area.

"She always had such a bubbly, sunny disposition and always involved in her local community putting on music and choral performances," said Comhaltas.

The statement says the organisation is still coming to terms her loss.

"The brutal manner of her death – in the middle of the day – as she jogged by the banks of the peaceful canal in Tullamore has left us numbed and bewildered. The suffering of her family at the loss of such a young and beautiful person is beyond understanding.

"We share their grief with them and we will always remember Ashling as one who enriched our lives with her warm personality; uplifting musicmaking; compassionate, outgoing and generous friendship.

"Ashling, you will always be in our thoughts and prayers as we cherish the memories and friendship of your short but exceptional life. Ar dheis Dé go raibh do anam uasal ceolmhar.

"From all your musical colleagues and friends in Comhaltas Ceoltóirí Éireann," concluded the organisation.